WATCH: ENOi Knows Your “W.A.Y (Where Are You)” In Epic Comeback MV

Rookie group CRAVITY returns with a refreshing new offer! On June 17th at 9 p.m. KST, the Starship Entertainment boy group greeted excited fans with the release of a music video for their B-side track, “Cloud 9.” With lyrics that sing about leaving behind the worries that weigh you down, its accompanying music video shares […]Read More

Monsta X drops a performance video for their latest title track, “FANTASIA”! The track is off their mini-album FANTASIA X which was released last May 26th KST. The fast-paced beats combined with intense lyrics expresses a determination to get through the obstacles in their way and getting to wherever they want. A fun dance practice […]Read More

WJSN, also known as Cosmic Girls, released their new mini-album along with a music video for their title track! “Butterfly” is a pop song that was co-written by member EXY. The lyrics sing about breaking free of the anxieties that plague them, wanting to fulfill their maximum potential and seeking freedom. Its music video showcases […]Read More 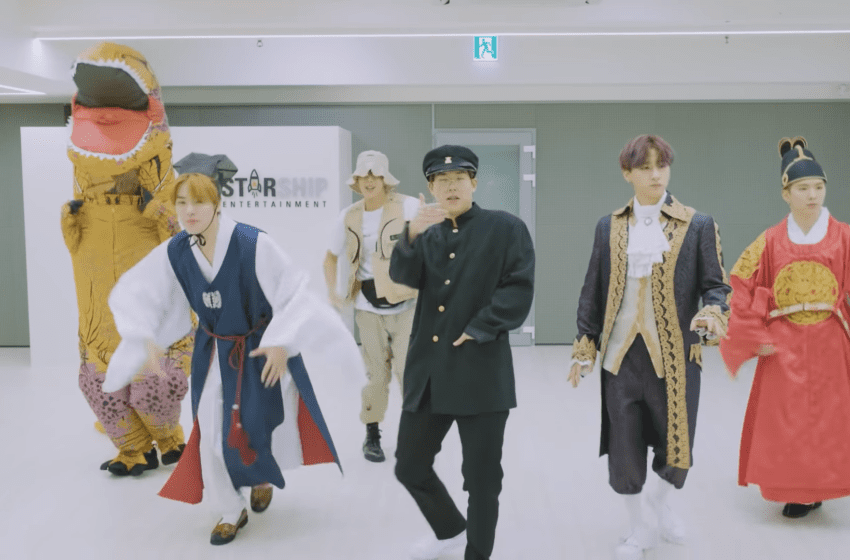 MONSTA X is back! On May 26th, the popular Starship Entertainment group made their comeback with their new song and MV, “FANTASIA.” The powerful song has a catchy hook and fun beat that is sure to sink into fans’ minds with just one listen! Meanwhile, the video itself is filled with luxurious settings in gold […]Read More

MONSTA X marks their fifth anniversary! On May 14th KST, the group officially revealed a music video for their previously released track, “Monsta Truck (MX HOME PARTY ver.).” The song was co-written by members Joohoney and I.M. as part of their seventh mini-album, FOLLOW: FIND YOU. The mini-album dropped in October 2019 with “Follow” serving […]Read More

“We gotta slow it down, Remember this moment.” On May 14, 2015, the Starship Entertainment group MONSTA X made their official debut into the music world! From winning a survival show to making their name known around the globe, MONSTA X has already made quite a mark on the K-pop industry in just five short […]Read More

Superstars Kang Daniel and Zico has banded together once again! Released on April 23rd at 6 p.m. KST, their collaboration track “Refresh” was written by Zico himself. Zico teamed up with Steve Aoki, Parker James, and Noah Conrad to co-compose the music. “Refresh” is part of a special partnership called “2020 Pepsi X Global Kpop […]Read More

One week after their massive debut “Break All The Rules,” Starship Entertainment boy group CRAVITY has released their first pictorial for DAZED magazine. The nine-member group debuted on April 14th KST, and their debut music video reached 10 million views within six days of its release.  There were great expectations of CRAVITY even before their […]Read More