Bang Chan has released a new song! On May 30th KST, the talented Stray Kids member released the new track “인정하기 싫어” (I Don’t Want To Admit It). The beautiful song features a simple piano accompaniment with the addition of strings which add to the emotional feeling of the heartfelt lyrics. Bang Chan’s soulful voice […]Read More

WATCH: Stray Kids Fights Against An Unseen Enemy In MV For Japanese Version Of “TOP”

Stray Kids has released the MV for “TOP”! On May 26th, the talented JYP Entertainment group released the music video for the Japanese version of their new song “TOP.” The song was originally heard as the opening song of the webtoon “Tower of God,” impressing both fans of K-pop and anime for its catchy melody […]Read More

On May 11th at 6 p.m. KST, JYP Entertainment‘s DAY6 revealed their sixth mini-album and dropped the music video for their latest title track, “Zombie.” It was co-written by members Young K and Wonpil while Jae and Hong Jisang both helped with its composition. The song channels the despair of feeling hopelessly trapped in a […]Read More

Stray Kids‘ Han created a stir with the release of his self-composed track! On May 8th at 12 a.m. KST, the singer revealed a new song and music video called “Close.” Han drew inspiration from watching the first scene of the movie, “Closer.” The song captures the feeling of excitement and desire to know more […]Read More

WATCH: GOT7 Drops Special Performance Video Of “Not By The Moon” In Connection With Dingo

GOT7 has released a special video courtesy of Dingo! On April 24th, the popular JYP Entertainment group revealed a special performance video of their comeback track “Not By The Moon.” Dancing in a beautiful theater, the members show off their perfect choreography amidst a background of the empty theater and bright lights. At the end […]Read More

On April 20th at at 11 p.m. KST, JYP Entertainment‘s Stray Kids surprised fans with a special video drop! Entitled “Voices,” the song is from their third mini-album I am WHO?. It was released in 2018 with the title track, “My Pace.” The performance video was posted as a present from the group to cheer […]Read More

WATCH: GOT7 Swears Their Devotion In Romantic “Not By The Moon” Comeback MV

GOT7 stuns once again! On April 20th at 6 p.m. KST, the group presented their new music video called “Not By The Moon.” The lyrics of the track contain a promise of steadfast love as well as a hopeful wish to be together forever. Company founder J.Y. Park himself personally lent a hand to write, […]Read More 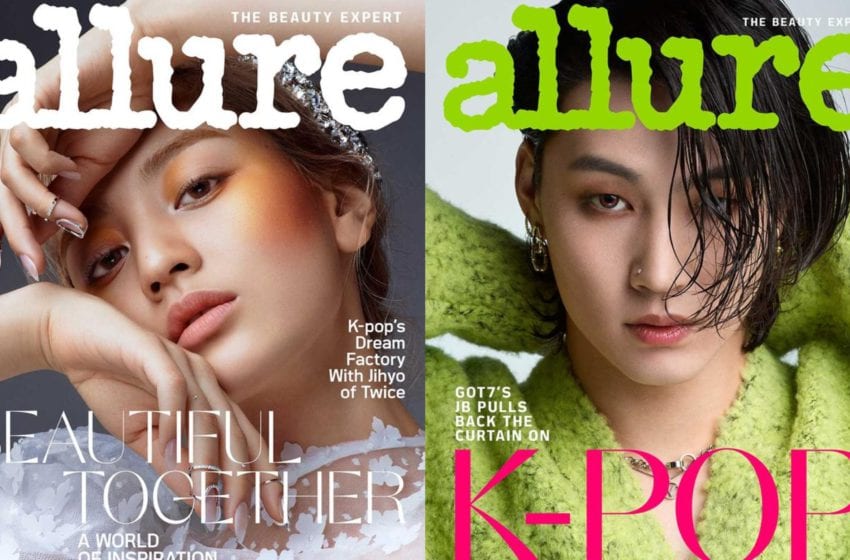 After hearing this new announcement, K-pop fans will flock to magazine stands to pick up the new issue of Allure magazine! On April 13th, it was revealed that TWICE‘s Jihyo and GOT7′s JB have become the first K-pop stars to be featured on the cover of the U.S. fashion magazine Allure as part of their […]Read More

WATCH: Stray Kids Gifts Fans With “Mixtape: On Track” For Their Second Anniversary

On March 25th at 6 p.m. KST, JYP Entertainment‘s Stray Kids celebrated their second anniversary by presenting fans with a special single called “Mixtape: On Track”! Member Changbin took part in writing and composing the song while the music video showed the group acting out as a young filming crew. A complicated love triangle blooms […]Read More

On March 18th KST, JYP Entertainment‘s Stray Kids finally made their Japanese debut! Prior to the album drop, the group revealed a new version of the music video for “Levanter” back in March 9th KST. Their first foray into the Japanese market is headlined by their compilation album SKZ2020, also their first best album, which […]Read More