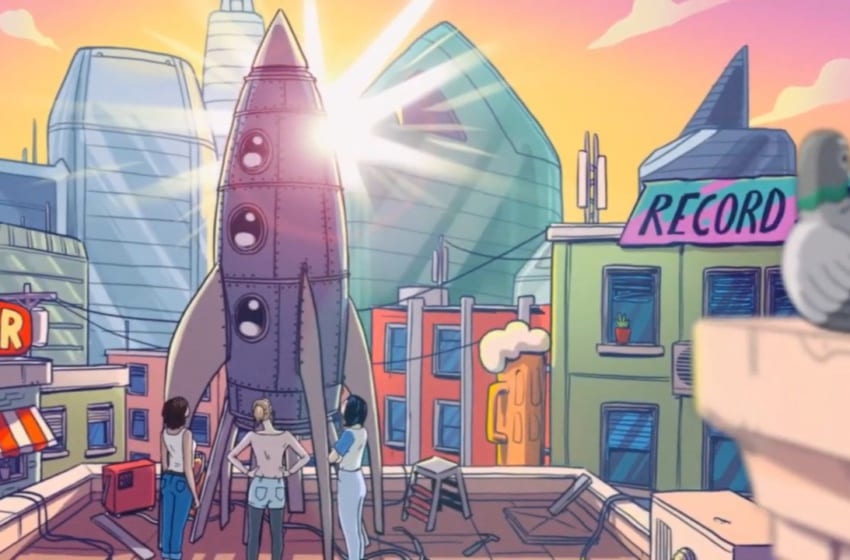 On August 28th at 1 p.m. KST, OH MY GIRL, Keanu Silva, and Mougleta came together to bring new music!

“Rocket Ride” is a dance-pop track with lyrics that sing about a strong attraction to someone and coyly urging them to make their move. Its music video features a group of friends leaving behind a mundane life to build a rocket and make exciting discoveries.

The production was by A KIDZ ON COMPUTERS with Larz Wunderlich taking creative direction and Nick Warnecke acting as the producer. Meanwhile, its illustrations and animation took form through the efforts of Julius Dettmer, Eric Engler, and Dejan Mijtavovich.

Oh MY GIRL returned last April with “Nonstop” and member YooA is currently preparing for her solo debut called “Bon Voyage,” set for release this September.

Katherine has been an ELF since 2010. She reads just about anything and is raising a pride of demanding cats. She recently finished TGCF and 2ha. She’ll probably get to reading SVSS and MDZS next before hunting down other novels. Can’t wait to suffer with Chu Wanning in Immortality! 🙂