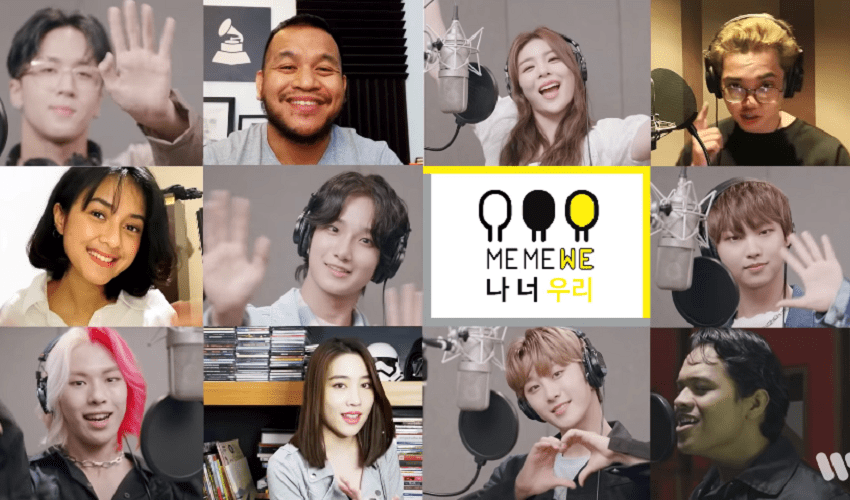 Asian artists band together for a special project!

Released on July 30th at 6 p.m. KST, “ME ME WE” is a song about maintaining positivity and spreading kindness at every opportunity. It was produced by MZMC, an American artist who has worked with well-known names in K-pop like EXO, NCT, and Red Velvet.

Its music video is composed of eight artists who recorded their parts individually, showing each session as they sing a message of hope for all the people who are stressed out with the depressing circumstances brought about by the pandemic.

“ME ME WE” was simultaneously released on digital streaming platforms in the participating countries as part of a global campaign with plans to donate profits for charitable causes.