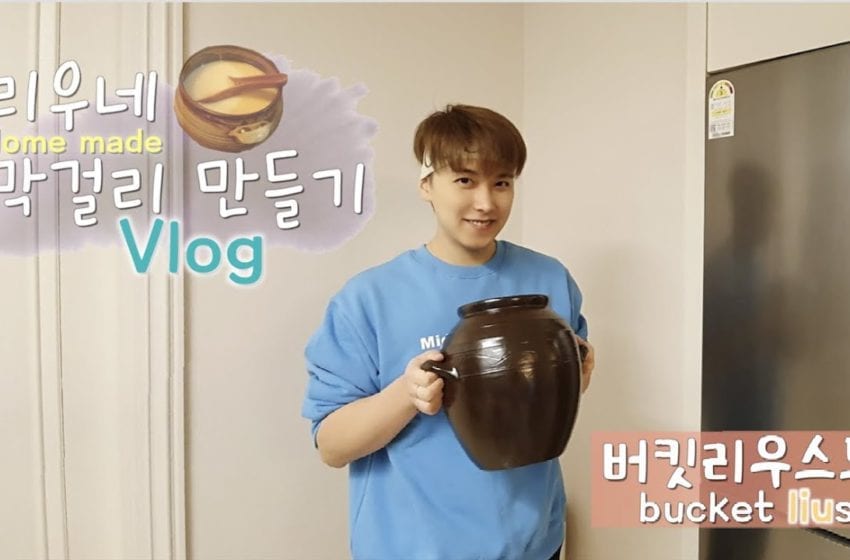 Makgeolli (pronounced MAHK-goh-lee) is a rice wine from Korea, famous for its chalky look and unique taste. Also called takju, the drink has long since been enjoyed by the people of Korea as it’s the oldest drink in the history of the country! In fact, makgeolli was first introduced in the Three Kingdoms era, which began in the 1st century BCE. In fact, the drink was first mentioned in a book concerning a story from the kingdom of Goguryeo from 37 BCE!

The traditional making of the Korean drink is an involved process. Check it out below!

“Makgeolli is made from rice using nuruk, a Korean fermentation starter. Nuruk is a dry cereal cake that has been allowed to ferment and mature to promote the growth of molds (that) decompose the starches of the cereal grain into sugar. This sugar is then used by yeast to produce alcohol through fermentation.

Different kinds of nuruk, made with different ingredients such as rice, wheat, barley, or mung beans, produce makgeolli of a variety of flavors. Steamed rice, nuruk, and sometimes additional flavoring ingredients such as corn, chestnuts, fruits, herbs, and flowers are mixed and left to ferment…

Makgeolli is best consumed fresh, a week or two after brewing. When freshly brewed, it has a milder and creamier taste. It acquires a stronger taste over time, and turns into rice vinegar after a couple of months.” 1

Another reason that makgeolli has been favored for so long is the fact that it also has benefits as a probiotic! It is very high in vitamins, lactic acid bacteria, amino acids, and fiber. One of Korean’s favorite ways to consume makgeolli is by eating it with pajeon, a Korean version of pancakes made with things like scallions and seafood. However, scallion pajeon with makgeolli on a rainy day is one of people’s favorite traditions!

As one of his YouTube projects, Super Junior’s Sungmin decided to show people the in-depth process of making this traditional liquor. The process is a two-video series, so grab your favorite Korean snack as you sit back and learn how to make makgeolli with one of Korea’s most recognizable sons!

Let us know what you think of the process by tweeting to us @whatthekpop1! Have you ever tried makgeolli before? What did you think? Make sure to let us know your thoughts.