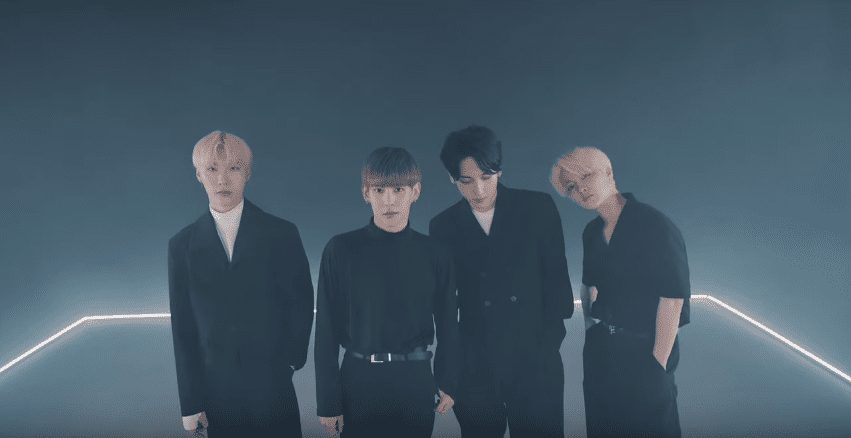 The music video shows the team dancing against a picturesque background of warm sand, soft brush, and dramatic sunset-lit skies.

“Yessir” leads the tracklist of the group’s second mini-album, BLUE, which features four songs in total. “Yessir,” “Dangerous,” and their instrumental versions are included in the release.

Bz Boys, full name BlueZone Boys, is a male idol group comprised of members Bon, Double D, Taewoong, and Seunghyun. Taewoong was formerly with MMO Entertainment and had competed in Mnet’s “Produce 101 Season 2.” The team debuted under Chrome Entertainment back in June with “Question.”

Katherine has been an ELF since 2011. She reads just about anything and is a parent of fourteen demanding cats. #SKTWIN #T1WIN #LCKWIN