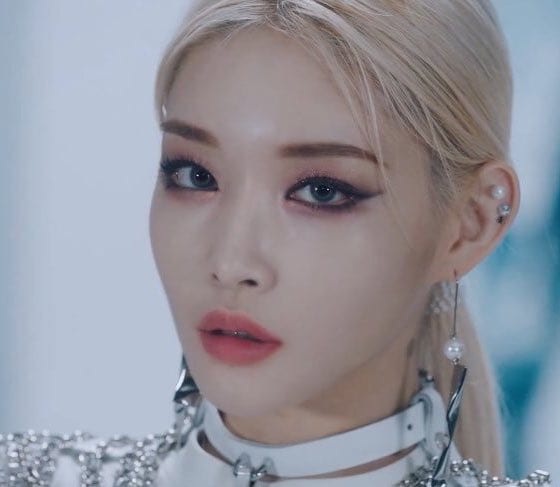 The incredibly talented Chungha has returned!

On June 24th at 6 p.m. KST, the soloist released her fourth mini-album and the music video for its lead single, “Snapping.”

Talking about the dreadful approach of the end in a relationship, the song gives encouragement about snapping yourself into focus, clearing your thoughts, and moving forward into a new future.

The music video centers around Chungha’s sharp dancing skills. Her deadly charms were further highlighted by the gorgeous styling and the aesthetic backgrounds they were set against.

Flourishing has five songs in total and Chungha herself helped composed and write “Flourishing.” Baek Yerin, who wrote “From Now On” for her third-mini album, also returned to lend a hand in creating a new track for her.

Chungha previously returned with “Gotta Go” in January of this year.

Check out the music video below!