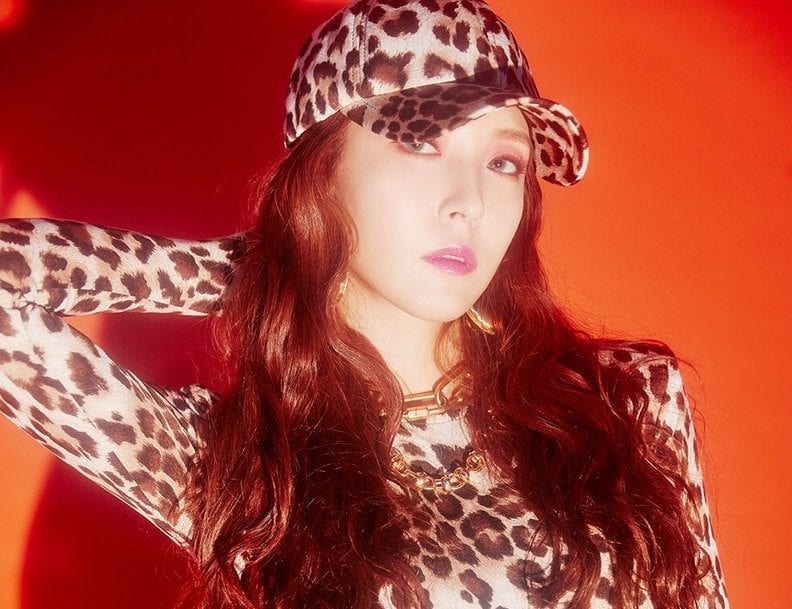 There perhaps hasn’t been any K-pop singer who has been as extensive and successful as BoA, the Queen of Kpop, and it’s a title she’s earned. BoA has crossed into different genres and countries and come out successful. She can sing, she can dance, and she can compose. BoA is a one-woman orchestra. She debuted both in Japan and Korea, becoming a massive star in both countries.

Starting her music career at the age of 14, BoA blossomed in the spotlight, and we saw her grow up into the beautiful woman she is today. Her music resume is as expansive as music itself. It’s difficult to do BoA any sort of justice. She’s released so much music during the past 15 years in which she’s been making music that it’s hard to choose just a few songs. I’ve put together some of my favorite BoA songs on a list to enjoy to show just why she became such a queen, but whether you agree or disagree with the list, there’s plenty more of BoA to enjoy!

Valenti is the highest-selling Japanese album by BoA, and the title track off the same name is the reason why it sold so well. “Valenti” takes inspiration from Latin music. The beat has this funky aspect to it and the Spanish guitar hides in the back, but it obvious once you hear it. BoA’s vocals have a deep rhythm to them that makes the track addictive. This is the only Japanese song I’ve included on the list and is my favorite of BoA’s Japanese songs, along with “Daikishimeru.” “Listen to My Heart” might have been the song that jump started  BoA’s career in Japan, but “Valenti” is the one that cemented it as a sure thing. I also love how well she can sing in Japanese. She worked hard to become fluent, running herself raw to be able to compete in the competitive Japanese music industry.

I feel like a lot of people underrate “The Shadow”. It’s BoA strongest dance single that’s she released in my opinion. The beat isn’t anything revolutionary. However, BoA’s vocal delivery transforms the song into something revolutionary. It’s like she’s channeling the attitudes from people like Janet Jackson and Rihanna. By channeling that fierce energy, she delivers a sexy, confident track. “The Shadow” was released alongside “Only One” on the same album. I like to think of them as sister songs. You have the demure “Only One,” which I’ll talk about later, and the bombastic “The Shadow.” The album as a whole is pretty low-key, especially when compared to Hurricane Venus. Hurricane Venus was the return of the Queen, and as a reaction to that album, BoA makes a complete 180 in Only One. “The Shadow” is the one of the better songs on the album. It’s seductive. The chorus has a breathlessness to it, thus adding to its sex appeal. It’s a spectacular track.

Hurricane Venus ushered in BoA’s return to Korea with a triumphant comeback. A typhoon of amazing production and electronic vocals, BoA came back with a storm. After the release of 2005’s Girls on Top, BoA took the following five years to focus on her music in Japan and break into that industry. So, I think it’s fair to say that BoA had a bit of pressure when coming back to Korea as K-pop fans were waiting for the return of their one and only goddess. Plus, she needed something special for the 10th year anniversary of her debut. I love it when a musician goes for something new and incorporates it with their established sound. “Hurricane Venus” is an aggressive, electro-pop track accentuated with auto-tuned vocals. I love the aggression of “Hurricane Venus.” The MV is great as well— it’s filled with great dancing and weird visuals. BoA seems to be a bride in a glass box and is attacked by bird people. The song itself is a pretty divisive one among fans. People either love it or hate it. A lot of people didn’t like the auto tune or “mainstream” sound. But for its time, it was hardcore K-pop.

“No.1” is one of BoA’s most iconic and pivotal tracks. It took what Western pop music was doing and transformed it into something all on its own. Around this time, pop music in the west was dominated by the likes of Mariah Carey and Brittney Spears— artists who made fun and sexy pop numbers. So, BoA took those inspirations and made it into her own. The mid-tempo songs of the western gained the BoA charm via a fun dance beat and a ballad intermission in the last third of the song. I find “No.1” to be less aggressive and sexualized than Western pop songs at the time. It has a catchy beat, and it’s fun to dance to. This is the earliest entry on this list as it came out in 2002 when BoA was only 16. The cute chorus goes well with the fire verses. One interesting fact? BoA did not earn a single penny from this song for 13 years until 2015 when a court case surrounding the song ended. As a result, BoA earned 45 million won in back pay for royalties.

“Only One” is a R&B track with a medium tempo beat that brought BoA’s music to a new era. The song has gorgeous instrumentation. I’m a sucker for pianos and guitars; it’s why “Only One” is my favorite BoA track. The self-titled album that “Only One” came out on is different from previous ones. It’s nimble and graceful. It’s not an aggressive album like Hurricane Venus with its aggression and complexity. “Only One” goes the opposite direction with an acoustic approach. Soft beats and quiet synthesizers mix in with piano loops and guitar melodies. The singer-songwriter fusion with pop creates a haunting sound. The song was composed entirely by BoA herself and shows the skill she has as a songwriter.

While there are BoA songs have been better produced, none of those song can compare to the warmth of “Atlantis Princess.” It is classic BoA. “Atlantis Princess” resonates as the best song of her entire career. The music flourishes, and the vocals come together beautifully. The bouncy beat and beautiful lyrical flow emulates an island in the warm sun. It’s hard not to smile while listening to this song. It is positivity in song form. The choreography in the MV is great ,and BoA’s outfit is a memorable look. The white overalls and the goggles take us back to a time when goggles were a fashion accessory that didn’t look stupid.

I love BoA. I love the Queen of K-pop. And as much as I love these songs, I know there are a ton I’m missing out on. Many additional Japanese songs could also be included like “Daikishimeru,” “Jewel Song,” “Shine We Are!”, and the Japanese version of “No.1”. I missed out on entire albums, including her early stuff.

BoA is a truly legendary artist, and it’s nearly impossible to choose her most iconic tracks. Even with her most recent comeback with “Woman,” BoA shows she still has what it takes to rule the world of K-pop!

Which other songs would you have included on the list? Let me know your thoughts by tweeting to us @whatthekpop1!

KyeongJun is a writer for WTK, where he gushes about his love for Korean rock music (You guys need to listen to Jaurim). When not writing, he’s at the gym listening to the newest K-Rock bands.  You can catch KyeongJun @ElCrazy_Diamond on Twitter.