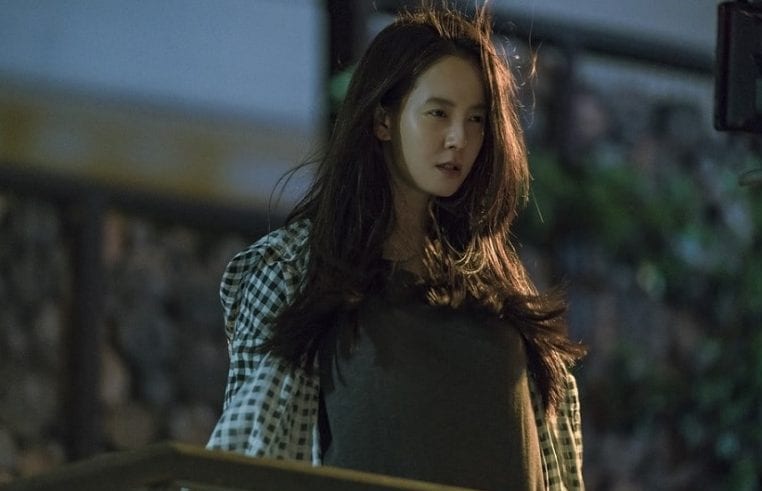 Song Ji Hyo transforms from her goddess image into an unlucky person in the new KBS drama “Lovely Horribly”!

“Lovely Horribly’’ (also known as “Lovely Horror-vely”) is a romantic comedy drama about a man and a woman who were born at the same time but have opposite fates in life. Philip (Park Shi Hoo) lives as a top star with great luck while Eul Soon (Song Ji Hyo) lives a life full of bad luck.

Song Ji Hyo’s character is an unfortunate drama writer who has an outside appearance of being rough and rude to other, but behind her true self is a warm-hearted person. She got lucky once before when she earned the gold medal for judo in a national sport competition. Although she is very unlucky in life, she still keeps a positive mindset of being optimistic.

In the picture below, Song Ji Hyo looks messed up with her hair down covering her face. She is digging with a shovel on a rainy day and is even seen doing a flying kick in the air.

Meanwhile, HIGHLIGHT‘s Lee Gikwang will be playing the role of a rookie producer.