WATCH: GIDONGDAE Makes A Summery Splash With “Party Like This” Pre-Debut MV 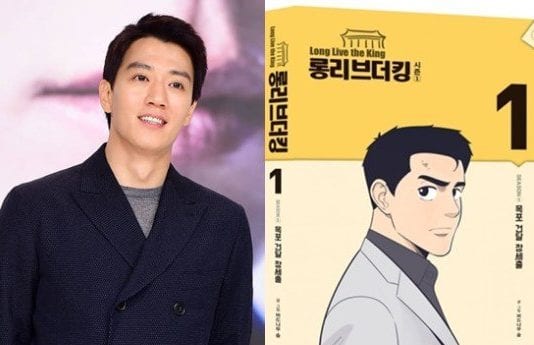 Actor Kim Rae Won has been offered the lead in the new film “Long Live The King.”

On June 19th KST, it was revealed that the actor had been offered the lead role in the upcoming film. “Long Live The King” is based on the webtoon of the same name and follows a mob boss from Mokpo who decides to get into politcs, thus changing both his own destiny and the future of the country.

The upcoming film adaptation of “Love Live The King” is already gathering a lot of attention due to the fact that the director is Kang Yoon Sung. Mr. Kang took the Korean film world by storm with his 2017 hit “The Outlaws,” a movie based on the true story of detectives who took down a Chinese-Korean gang. The film then went on to win Mr. Kang the “Best New Director” award at the 54th BaekSang Arts Awards.

Many netizens had already expressed their thoughts that actor Kim Rae Won would be the perfect real-life version of the webtoon character. As such, people are even more excited for the upcoming film now.

Are you looking forward to seeing Kim Rae Won and Kang Yoon Sun work together on this upcoming film?

Let us know your thoughts below!