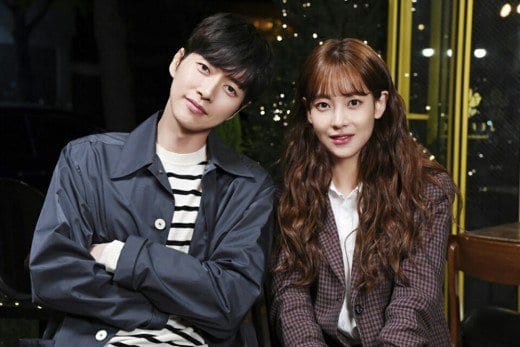 The upcoming film “Cheese in the Trap” has finally released its trailer!

Because of the successful tvN drama “Cheese in the Trap”, the adaptation of the series into a film was born with another set of cast members. However, original cast member Park Hae Jin will also star in the movie.

The drama received much love and attention because of the realistic depiction of life of university students. It’s just that the drama’s ending left viewers hanging and the focus on the second male lead was not given much attention. Director Kim He Yeong, who also directed the drama version, will still be leading the production team, but will likely tweak the ending to better reflect the webtoon on which it is based.

The webtoon was first published on July 7, 2010, by writer Soon Ggi on Naver. The webtoon became a huge hit and gained many fans. It was most the search webtoon on Naver, gaining millions of viewers.

Hong Seol (Oh Yeon Seo) is a smart university student who pays off her tuition fee and living expenses by taking part-time jobs. Yoo Jung (Park Hae Jin) is a rich, smart, popular guy at the university. He is Hong Seol’s senior. Baek In Ho (Park Ki Woong) and Baek In Ha (Yoo In Young) are siblings. Baek In Ho is a poor guy who has feelings for Hong Seol. Baek In Ha is a nerdy girl who always gets into trouble. Jang Bora (Sandara Park) is Hong Seol’s supportive best friend. Kwon Eun Taek (Kim Hyun Jin) is Bora’s sweet and adorable boyfriend. One day, Jung asks Hong Seol on a date. As a result, she discovers Yoo Jung’s negative side of which nobody knows.

The film will be released on March 14th.

Are you excited for the film ? Catch up the teaser below