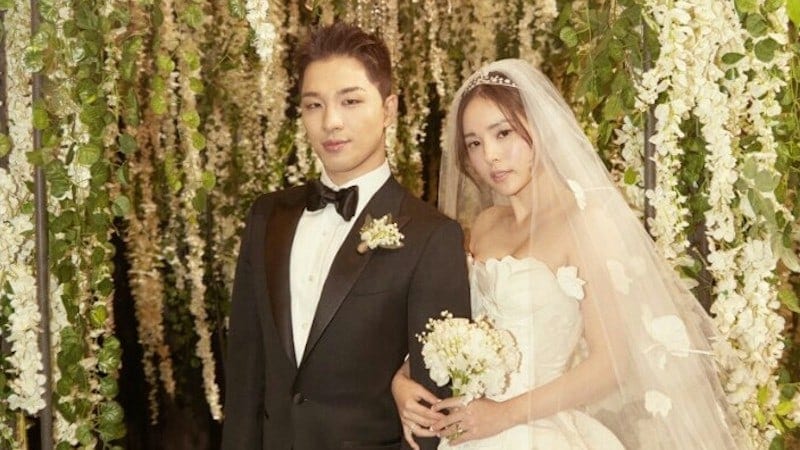 The long-time couple finally tied the knot on February 3rd in a small ceremony at their church. They then followed it up with an after-party at the gorgeous Paradise City hotel. The beautiful party was designed by Youngsong Martin, the creative mind behind the forest scene in the movie “Twilight,” and looked like something straight out of a fairy tale!

Several pictures have been released of the couple, including two official photos from the couple’s agency, as well as two photos from the designer of Min Hyo Rin’s wedding dress. As the party continued, Taeyang switched out his traditional, black tuxedo jacket for a burgundy smoking jacket. Meanwhile, the lovely bride also changed into a different outfit and removed her veil so she could wear her hair down in a more relaxed fashion.

Check out the photos below!

Congratulations to the happy couple! WTK wishes you a blessed and happy life together.