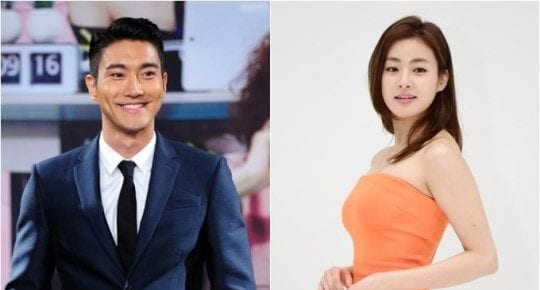 Choi Siwon and Kang Sora will soon be starring in a new Kdrama!

After initial reports that the two had been offered the lead roles in the newest JTBC drama, it was then confirmed on August 19th that the actors had accepted the roles.

The drama is entitled “Revolutionary Love” (working title) and will begin airing in October.

The plot focuses on a 3rd generation chaebol who wants to live a normal life and moves into an apartment building on his own. Despite not being a very motivated person, he is innocent and pure in many ways as he believes in true love and tends to be too trusting. At the apartment building, he meets his new neighbor (Kang Sora). The young woman struggles financially, despite being very motivated and a hard worker. As she works to find a good job and a permanent position, two eventually become friends as their lives become connected.

This marks Siwon’s first drama after being discharged from the military. In addition, this is his first lead role since “Oh! My Lady” in 2010. Meanwhile, this is Kang Sora’s first drama since her 2016 series, “My Lawyer, Mr. Jo.”

SMTOWN Songs That Are A Decade Apart