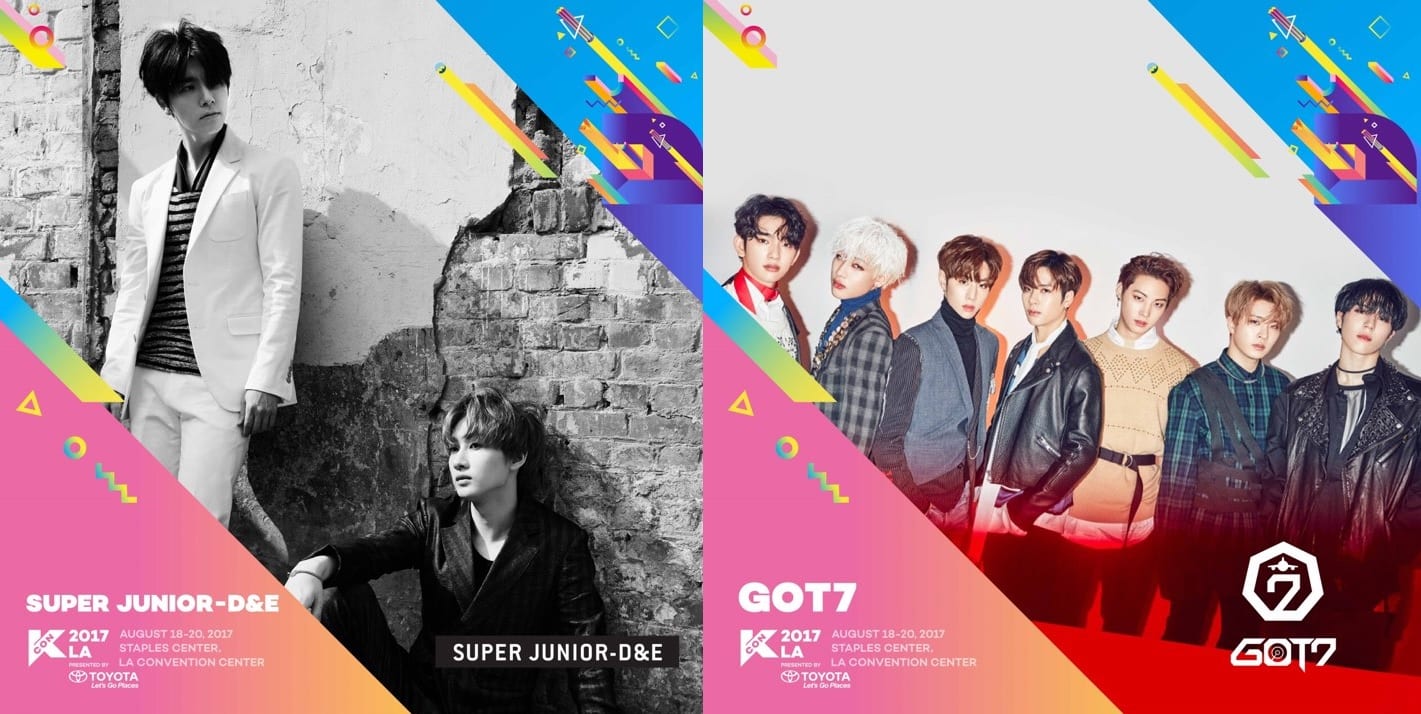 KCON has announced the final artists for KCON LA 2017! Super Junior D&E and idol group GOT7 will be coming to the event, rounding out a lineup of already amazing artists.

Super Junior D&E is made up of Donghae and Eunhyuk and is an official sub-unit of Super Junior, the popular and legendary Kpop idol group. D&E has performed at KCON LA with the entire Super Junior group but never as a sub-unit. Meanwhile, both Donghae and Eunhyuk were discharged from the military this week after completing their service, so this will be their first chance to greet fans in the U.S. since two years ago.

GOT7 is from JYP Entertainment and has enjoyed great success ever since they first debuted in January 2014. The group has performed at KCON LA once before, but member Jackson was unable to attend, making this his first time at KCON LA.

KCON LA 2017 will be held August 17th-20th at the Staples Center and LA Convention Center.