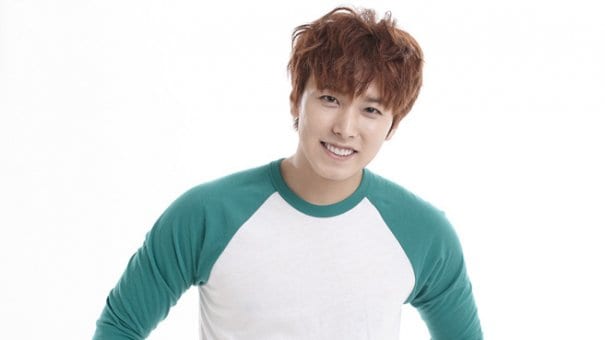 It seems like even the Korean media is getting tired of the unfair treatment towards Super Junior‘s Sungmin, because one news outlet published an in-depth article to disprove the rumors floating around the internet of Sungmin’s alleged misbehavior towards fans concerning his 2014 marriage.

After getting married, a number of Korean fans grew angry at the way things were handled and criticized Sungmin from the very beginning when news of his relationship broke. Saying that he should have told fans the news himself, many Korean ELF begin to demand an apology from the star, thus allowing the scandal to grow with time as the singer then enlisted in the military and was unable to be in the public eye for two years. Upon being released, Sungmin rejoined group activities and in preparing for their comeback, the scandal arose once more when a large Korean fan base demanded he be taken out of the group, causing an intense divide between most Korean fans and international fans and causing an unfortunate split in an otherwise strong fandom.

Although Super Junior reached out to fans to try to settle the matter amicably, things only grew worse, leading Sungmin to announce that he would be withdrawing from the SMTOWN concerts and upcoming Super Junior activities for their fall comeback. As with all news though, fact begin mixing with fiction, and it proved to be too much for one outlet as they finally wrote an in-depth article that explained the main rumors going around about Sungmin and telling why they were false.

It seems Sungmin appreciated their efforts, because he shared the link on his Instagram without any caption at all. Evidently, the singer wants these rumors to be stopped as well.

Check out a recap of the article below.

TRUTH: Sungmin only deleted some malicious comments that were aimed at him and his family. He never blocked anyone from the blog or blacklisted specific words to keep Korean fans out.

RUMOR #2: Sungmin asked a fan to create a video for his wedding, abusing the fan-idol relationship for his personal relationship.

TRUTH: Sungmin saw a congratulations video made for him by a fan and really enjoyed it. Therefore, he asked her if he could have a copy for his wedding (to which she happily agreed) and then went on to edit the video himself to add the finishing touches. The only other video shown at his wedding was one made by fellow member Shindong.

RUMOR #3: Despite the fact that Leeteuk was mourning the loss of his father and grandparents, Sungmin went to him and pressured the Super Junior leader to give him permission to marry.

TRUTH: Sungmin never pressured Leeteuk and was fully supportive during the tragic loss of Leeteuk’s family. He didn’t bring up the topic of marriage to any of his members until five months after the deaths of Leeteuk’s father and grandparents.

RUMOR #4: Sungmin didn’t give 100% to Super Junior activities due to his personal relationship, skipped rehearsals to go on dates, and scheduled his wedding to coincide for the anniversary of the date when he met his wife, despite it being on the day of Super Junior’s big concert in Japan.

TRUTH: Sungmin never skipped rehearsals or concerts and continued to be fully committed and active in Super Junior right up until the time of his wedding (which was held right before he left for the military). There was no conflict of dates with the wedding and a Super Junior concert. In fact, the members were all present at the wedding. In addition, he didn’t even get married on the anniversary date of meeting his wife.

TRUTH: Sungmin is still an idol singer under contract to his label and had to consult with them on the best way to make the announcement to fans. During the time of working with the label to come up with a plan, the paparazzi sniffed out his wedding plans and announced it before he and SM Entertainment could officially do so.

Despite the fact that many of the things that fans have believed and become offended over are false rumors, Sungmin has continuously apologized to fans for making them feel left out or betrayed and has worked to better his relationship with fans once more. However, despite saying they were only asking for an apology, the multiple apologies Sungmin offered since the time the news broke until now have been ignored, and fans are now calling for his complete withdrawal from the group. This has led most international fans to say that Korean fans aren’t angry over the way his marriage announcement was handled, but just over the fact that he got married at all.

The sad effect that the fans’ boycott has made on the group was perhaps the clearest during the recent SMTOWN concert. With most members in the military and Sungmin pulling out of activities due to the fans’ demands, only four members were left to perform at the recent SMTOWN concert in Seoul— making for many tears onstage and emotional speeches from the members during their talk at the concert. Not to mention, Super Junior— who normally has a huge outpouring of support from ELF at SMTOWN concerts— had one of the smallest groups of fans at the concert.

What do you think of the news? Do you think Sungmin made the right decision to pull out of the upcoming album and activities in an effort to allow the rest of the group to have a successful comeback? Should SM Entertainment intervene or continue allowing Sungmin and his members to try to handle the situation?

Let us know your thoughts in the comment section below!