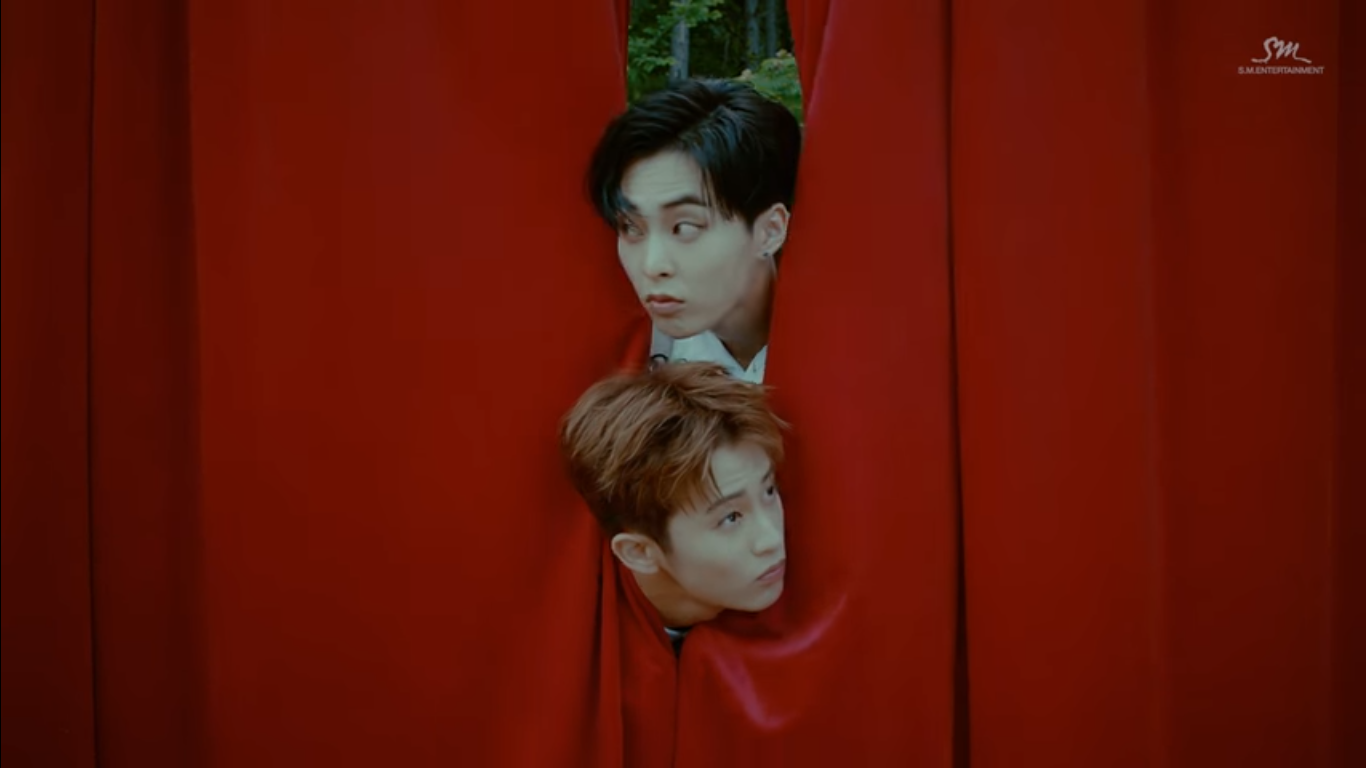 SMTOWN has released the teaser for the upcoming collaboration between EXO‘s Xiumin and NCT‘s Mark!

The teaser was released on July 6th and opens with Mark and Xiumin peeking through a red curtain. As they step forward, looking adorably confused, the camera zooms out and we see they are in the middle of a forest.

SMTOWN seems as excited about the collaboration as fans are, describing the song as “A 90’s vibe song featuring retro piano tunes and futurebass sounds, “Young & Free” is altogether a lively tune that pairs up XIUMIN’s singing with MARK’s rapping, which couldn’t sound any better.”

The MV and digital single is being released under SM STATION and will drop on July 7th at 6 p.m. KST.