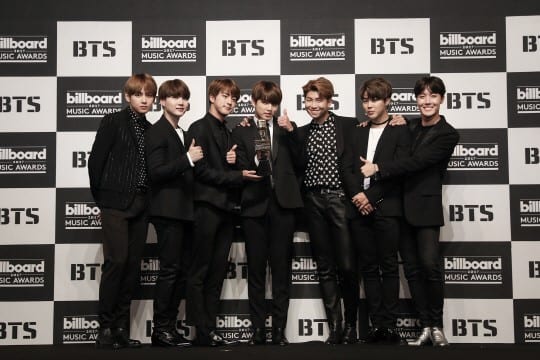 News reports have revealed the theme of BTS‘s newest album as “Love Yourself.”

To make the comeback even more special, each member will supposedly be releasing a video centered on their unique stories in the style of a drama. According to reports, these dramas are still in the early stages of planning and are only one out of the several projects in mind for 2017/18.

Along with their excitement for BTS’s comeback, A.R.M.Ys have linked the album’s theme with Rap Monster’s acceptance speech given at the 2017 Billboard Music Awards where the leader said “Love yourself” in English after winning “Top Social Artist.” Hints are being dropped all over, so be on your feet!

UPDATED: Shortly after the news broke on Osen and Star News with the statement about the theme and mini-dramas, a different representative from Big Hit Entertainment stated that nothing had been decided yet. The drama project is reportedly one of the things they are planning for, but the theme has not been settled. The representative further went on to state that it is very early to decide anything and they are thinking about multiple options. It’s unclear if the original statement was not supposed to be leaked yet, or if the other representative who spoke to the press was just confused about there being a “Love Yourself” theme confirmed. With all the rumors though, along with Rap Monster’s speech, it seems that it is still a very likely possibility.

Are you excited for BTS’s newest album release? What are you hoping for most?