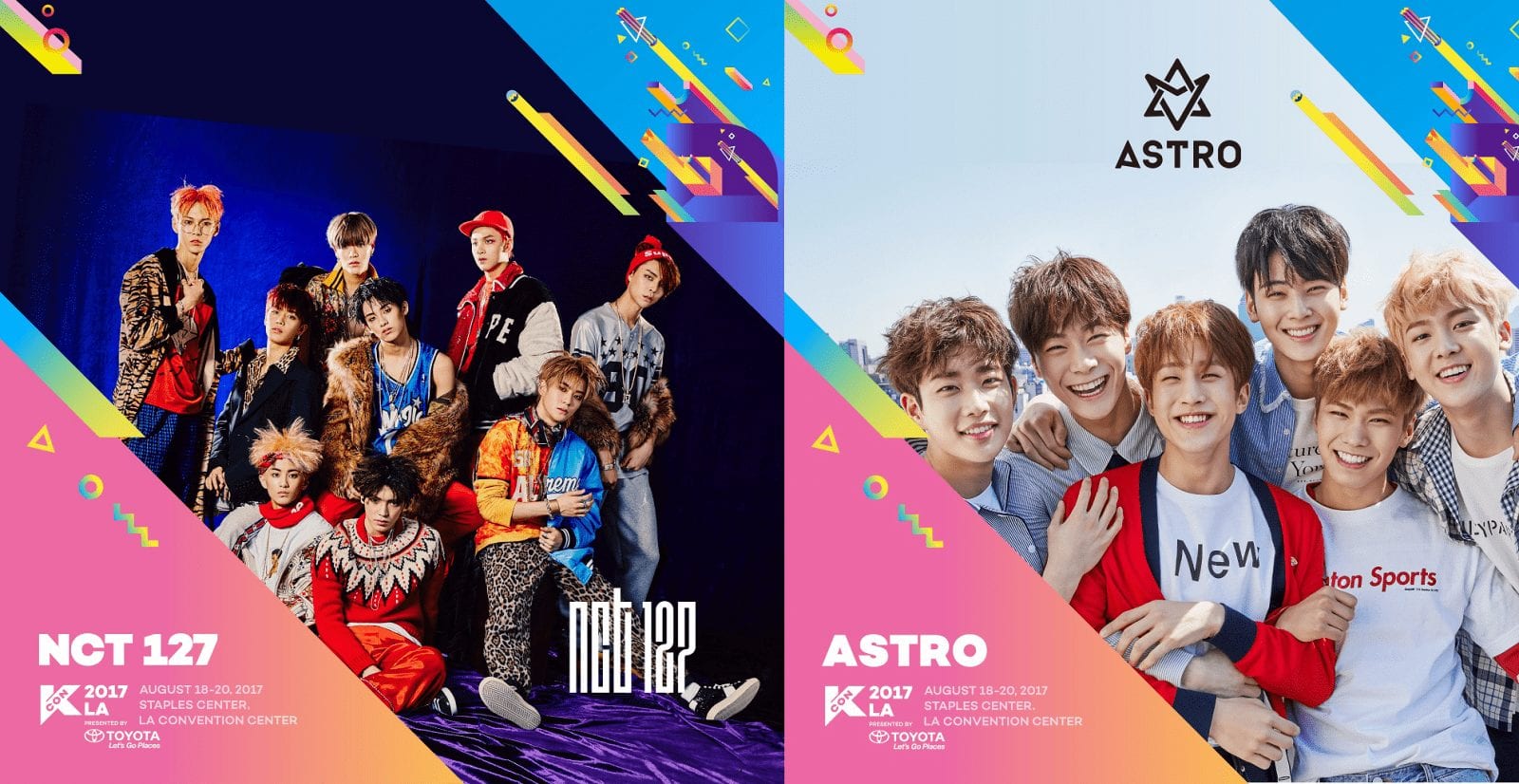 The next two artists on the lineup for KCON LA 2017 have been revealed!

On June 8th, it was announced that NCT 127 and ASTRO will be performing at KCON LA 2017! Both groups are some of the most popular rookie boy bands in Kpop at the moment and both have established fanbases that are excited to see them perform in LA.

NCT 127 just performed at KCON Mexico earlier this year, marking their first KCON performance. They are also scheduled to attend KCON NY later this month and are now scheduled for KCON LA as well.

The event will be held on August 18th – 20th at the Staples Center & LA Convention Center.

The previously announced artists for the KCON event in LA this year include Girl’s Day and SF9. There will also be many additional artists to be announced in the coming weeks, so stay tuned!

5 K-pop Idols Who Were Prominent Child...