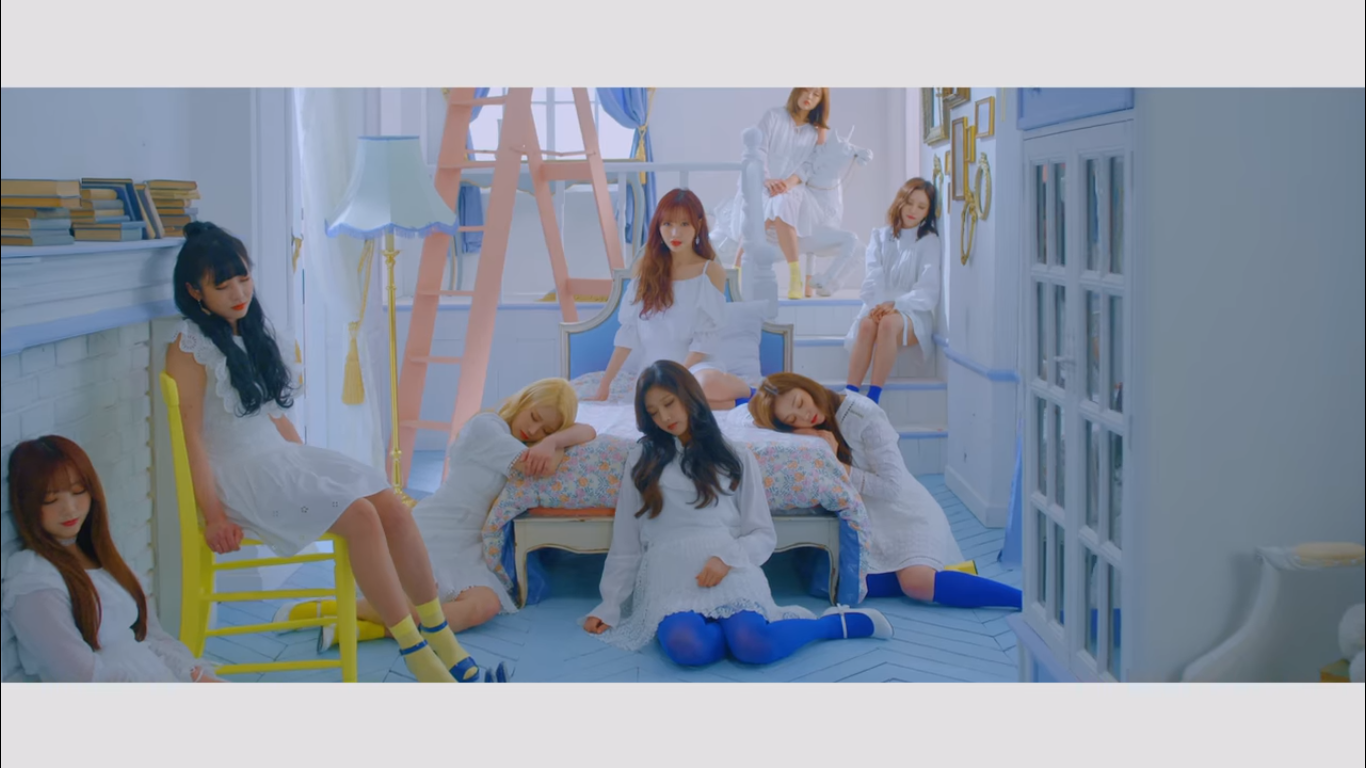 Lovelyz has returned and are truly as lovely as ever! In the evening of May 2nd KST, Woollim Entertainment dropped the music video for “지금, 우리 (Now We)”!

The new album of the same name is a re-package of their last album, R U Ready? “Now We” is the group’s second comeback of 2017, following “WoW!” which was released in February.

The eight members all look charming in pastel spring dresses with colorfully pleasing sets surrounding them. Their tapping feet and fingers, as well as small, glittery “explosions” throughout the video, convey that anxious feeling you get in a relationship.

The official Lovelyz Twitter account also posted today, saying once the music video has reached one million views on YouTube, they will release a “dance practice in pajamas” video! Lovelyz is another Woollim band (along with their labelmate, Infinite) who is known for their smooth, synchronized dance style, so fans are working hard to spread the word.

Check out this sweet comeback, and leave your comments below!