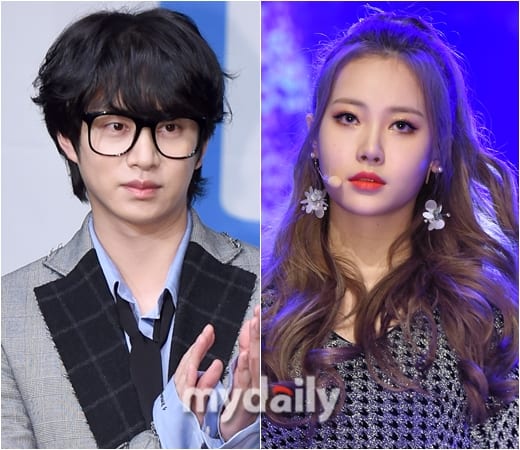 Heechul and Yura have been confirmed to join the tvN program “Life Bar” as MCs.

On April 18th KST, it was revealed that the program, which went on a short hiatus as of April 13th, would be returning with a change to the MC lineup. Previously lead by Shin Dong Yup, Tak Jae Hoon, and Kim Joon Hyun, the revamped MC team will now include Heechul and Yura in place of Tak Jae Hoon. Meanwhile, Shin Dong Yup and Kim Joon Hyun will continue in their positions.

Heechul is no stranger to variety, as he has shown his great sense of humor through shows like JTBC’s “Knowing Bros,” MBC’s “Secretly Greatly,” and many more. Yura has also raised expectations with her unique variety sense on the last episode of “Life Bar,” which featured Girl’s Day as the guests. This is the first time the four will MC together, and the fresh combination is expected to bring a fun atmosphere to the show.

For those unfamiliar with “Life Bar,” it is a talk show where MC and guests share their candid life stories over drinks. The first episode for the new MC team will air May 11th.