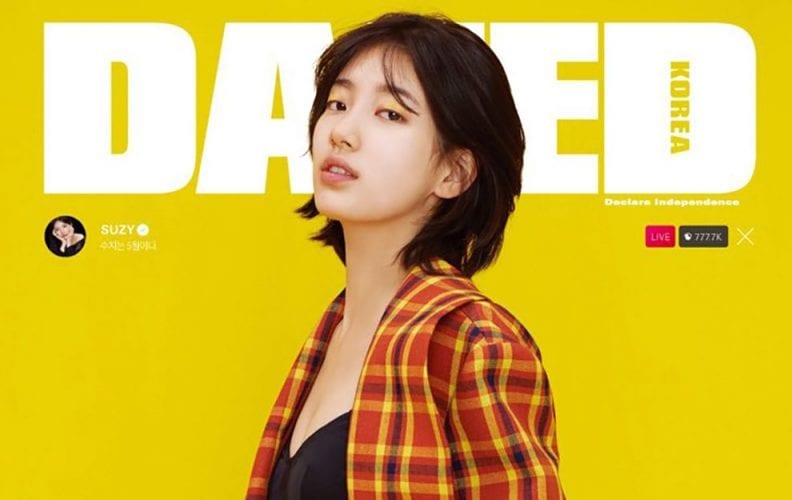 Miss A‘s Suzy is set to be on the cover of the May issue of “DAZED Korea.”

On April 17th, “DAZED Korea” revealed that Suzy would be on the cover of their 9th anniversary issue.

The cover shows Suzy’s new, short hairstyle, and she looks as lovely as ever! She noted that it was interesting taking pictures with her short hairstyle and further added, “It’s always interesting shooting for ‘Dazed Korea’. Rather than trying to be pretty, the aim is to show the real me, as I am. So the photos are taken with lighter make-up, my hair a little disheveled, and with a casual, mischievous air”.

Suzy also spoke about her upcoming drama “While You Were Sleeping” and her character Hongjoo, a woman who can see unfortunate events before they happen. She stated, “Hongjoo as a character thinks she’s the best and is quite full of herself. She is very bright and boisterous. She feels powerless whenever she has unfortunate dreams of the future but gains hope after meeting Jae Chan (portrayed by Lee Jong Suk) and decides to live more actively.

The May issue of “DAZED Korea” goes on sale April 18th.

Check out more pics below!