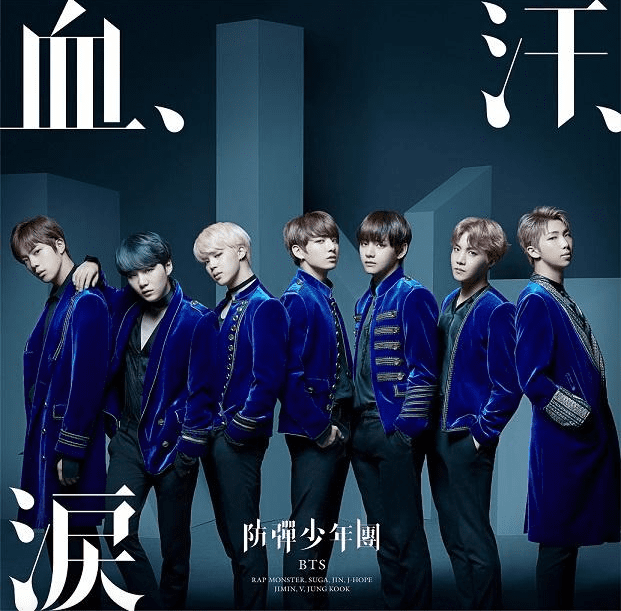 As reported by their official Japanese site, BTS will be out with four versions of their “Blood, Sweat & Tears” Japanese album on May 10th, 2017.

To commemorate the album’s release, hi-touch events across Japan will be held on 6 different days. Look out for these cities if you plan to be in Japan this summer:

Also be sure to check out the versions and prices of each album!

First Press Limited Edition B will also be a CD and DVD version at 1,700 yen with the same content as Edition A except that the DVD will be the making of the Japanese music video and jacket photos of “Blood, Sweat & Tears.”

As for First Press Limited Edition C, this version will be priced at 1,700 yen and consist only of the CD and no DVD, but will contain a 36-page photo booklet.

The Regular Version will consist of only a CD as well, but will have the Japanese versions of “Blood, Sweat & Tears,” “Not Today,” and “Spring Day” at the cost of 1,300 yen.

Be sure to check out the covers of each version below. They are listed in the order of which the albums were mentioned above.

Are you planning to purchase their Japanese album? Which version attracts you most?