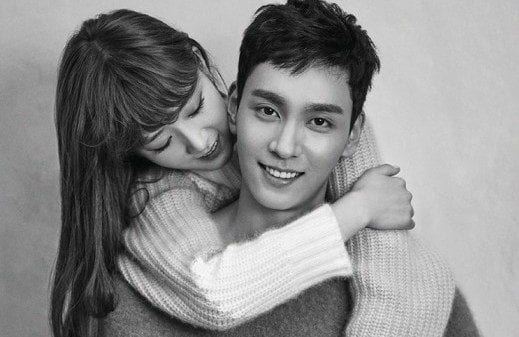 It’s official— one of fans’ favorite couples is leaving “We Got Married.”

Apink‘s Bomi and actor Choi Tae Joon are officially leaving the show. Fans suspected something was up after the preview for this week’s episode showed the couple looking very upset, but now the news has been confirmed from a source at the show.

Bomi and Tae Joon joined the program in September and recently celebrated their 100th day anniversary as a couple. Fans have grown very fond of the couple for their sweet chemistry and the way their relationship seems to have developed naturally over time. Although it has taken the couple some time to become more open with their feelings and show skinship, the recent episodes have allowed viewers a glimpse at some seemingly very real chemistry, with Tae Joon admitting he wanted a kiss from Bomi.

It appears the couple is having to leave the show due to their schedules, leaving many fans sad to see them go when things seemed to have finally been heating up!

Make sure to tune in this week to see the couple get the news of their impending “breakup.”

Will you miss this adorable duo? Who do you hope takes their place? Stay tuned for more details!