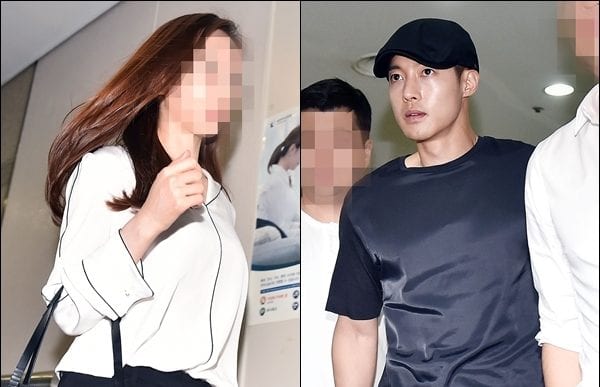 The case between Kim Hyun Joong and his ex-girlfriend has taken a drastically different direction than what netizens were originally expecting!

In recent weeks, the artist’s ex-girlfriend, Ms. Choi, has been losing face as the court has discovered she is guilty of several lies and criminal offenses. The prosecutor reversed his previous “no-charge” decision and brought charges against Ms. Choi for defamation and attempted fraud. During the course of the investigation, multiple things came to light about Ms. Choi and the claims she had brought against her former boyfriend Kim Hyun Joong. The findings were as follows:

Due to all the evidence brought against her for the criminal offenses of tampering with evidence, false testimony, and public defamation, Ms. Choi has now been indicted on charges of defamation and fraud and will be standing trial in her own criminal case.

The fans of Kim Hyun Joong who have stood by his side from the beginning are thrilled to see these lies exposed to the public via the legal proceedings in court. After Ms. Choi made her claims public, Kim Hyun Joong, one of the most in-demand singers, actors, and models of the time, suffered a huge setback to his career with immense damages to his future and finances, losing the majority of his contracts and future projects.

Despite Ms. Choi now being indicted on her own criminal charges and many, if not most, of her original claims being proven false by the court, the question remains if Kim Hyun Joong will be able to recover his career at this point?

Meanwhile, the singer is currently serving in the military and will be released in February.