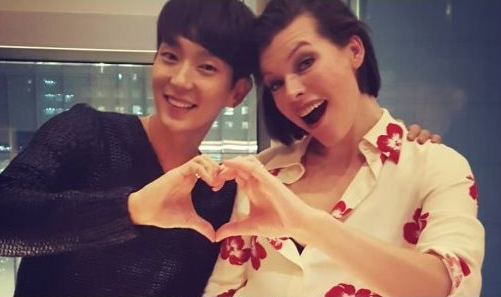 The beautiful actress stars in the new movie “Resident Evil: The Final Chapter,” and Lee Joon Gi (also stylized Lee Jun Ki) plays a commander in the villainous corporation who is fighting against her.

When Ms. Jovovich came to Korea for the premiere, she and her co-star met up to spend some time together over a lavish dinner. Lee Joon Gi provided the actress and her husband with pig’s feet, a Korean delicacy. To the delight of fans, the two both shared pictures and videos on their social media accounts of their time together.

“Now THIS is crazy!” the actress stated on Instagram. “My incredible Korean co-star- ex military, quadruple black belt, actor and pop star… brought his own pigs feet to the restaurant tonight for dinner!😂I mean… if he wasn’t so damn cool, I would NEVER!”

She then went on to share a video of them all at the restaurant, with Mr. Lee showing off his aegyo and affection for his co-star. As she tries the pig’s feet nervously, he laughs and exclaims in English, “Pig’s feet… always nerve-wracking!”

Check out the adorable video and photos below! Isn’t their friendship adorable?

Now THIS is crazy! My incredible Korean co-star -ex military, quadruple black belt, actor and pop star- @actor_jg, brought his own pigs feet to the restaurant tonight for dinner!😂I mean… if he wasn’t so damn cool, I would NEVER! Watch my instastory to see how it all went down! #residentevilthefinalchapter #koreandiary 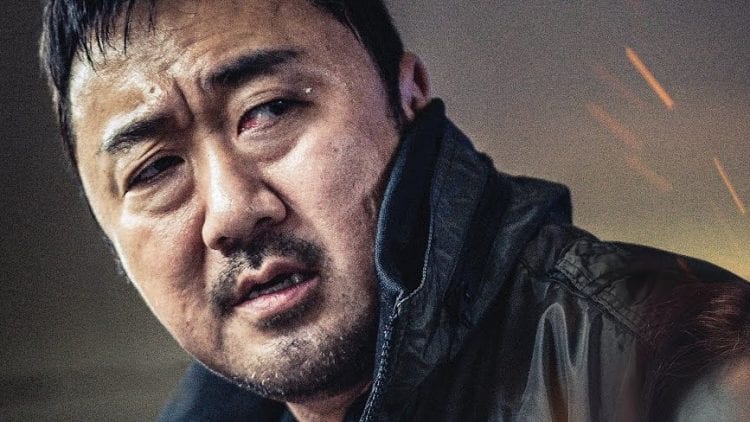