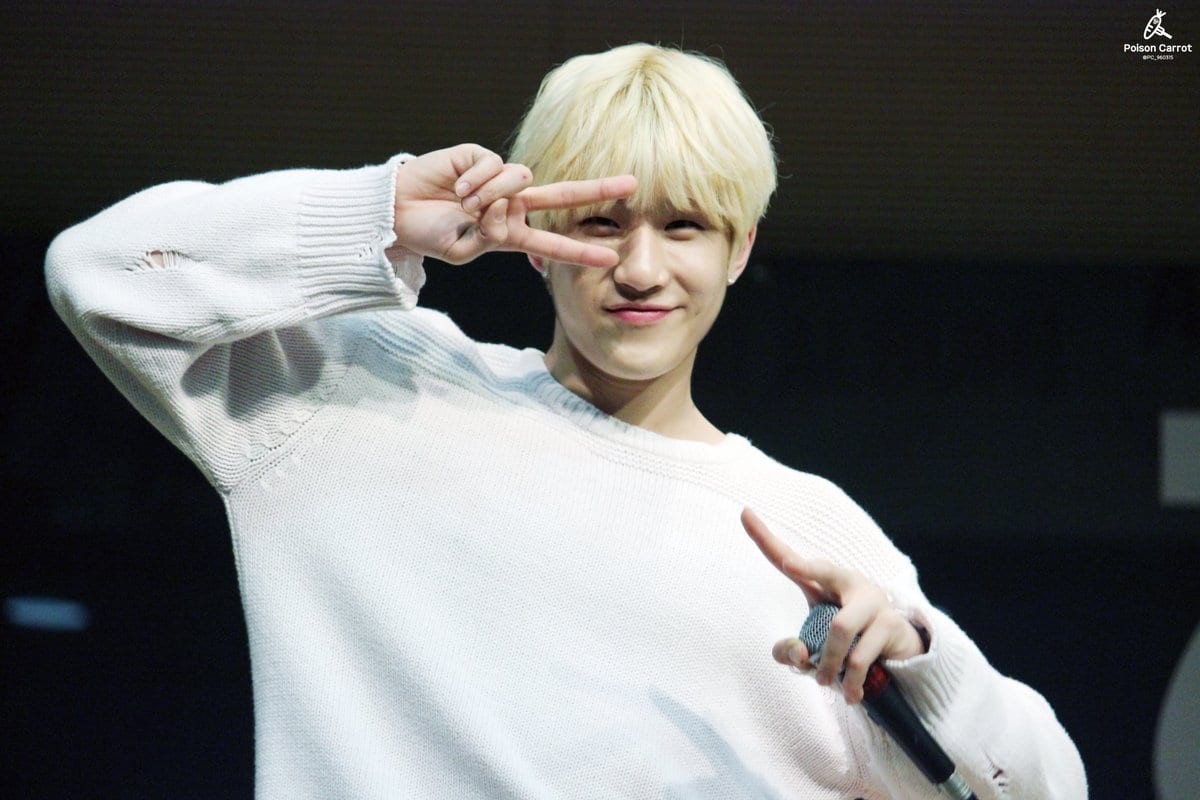 Issue Daily’s weekly “Hot Debut Diary” corner featured Jinjin, leader of rookie group ASTRO for the week of December 12th! The young idol shared how he decided to become a singer and what his goals and hopes are for the future.

Since he was young, 1996 liner Jinjin was sure of his dream to become a singer. At roughly seven years of age, little Jinjin was watching TV with his mom and saw a program featuring Rain whose dancing awed his mother to the point of her commenting, “He’s cool.” Having heard this, Jinjin hoped to hear the same, “Whoa, he’s cool” and off started his dreams of becoming a singer.

The ASTRO leader also shared stories of his trainee days, which he had spent with fellow bandmate Yoon Sanha for four years. Before ASTRO was formed, trainees were put on a survival program called “Rising Star” where they were required to compose four performances a week for eight weeks. It was this time that Jinjin expressed as the hardest time he has experience due to a sense of rivalry among the trainees.

What gave the ASTRO member the strength to push forward was none other than his “fans’ love.” Reading fan letters and messages on ASTRO’s fancafe when he was tired helped Jinjin push forward and tell himself that he had chosen the right path when he decided to become a singer.

When asked what he would have been if he had not become a singer, Jinjin responded that he imagines he would have been playing the drums as his father was in a band and majored in drums. From his fifth year of elementary to the second year of middle school, Jinjin played the drums and performed at school. Jinjin felt he naturally learned to play the drums since his father was in a band.

From a young age, ASTRO’s Jinjin displayed such an exceptional and natural ability for music that when he told his parents he was aiming to become a singer, his parents completely believed in him. Jinjin had reliable, supportive parents that gave him encouragement whenever he was worn out and tired. Even though they had no objections to Jinjin’s path and goal, they told him to be aware of what the future would hold due to such a difficult decision. Jinjin’s parents still continue to monitor their son’s career and have a group chat with each, sharing videos and telling each other, “You’ve got to watch this on AfreecaTV!”

Jinjin displayed maturity as well when he told Issue Daily that he was stubborn as a child, but learned to change as he grew older. His only memorable teacher was his first teacher in elementary as she spoke with great composure and influence over Jinjin. After finishing his life as a student, Jinjin successfully debuted in February of 2016 and held a debut showcase with the other ASTRO members for their album, “Spring Up,” which he said gave him goosebumps remembering the cheers of fans as they came out onstage. Jinjin was on the verge of tears even before they started, one of the most memorable moments in his career so far.

With more goals in mind, Jinjin is working and striving for the “Rookie Award,” a common desire among rookie groups. On another note, he hopes to spread the name “ASTRO” through participating in end-of-the-year events and attending many variety shows.

With BIGBANG‘s G-Dragon and BLOCK B‘s Zico as his role models, Jinjin is working hard toward learning song composition until he can compose for an album in the future. He wants to keep striving forward instead of stopping and taking breaks after being told he is good. Jinjin also hopes to make a song just for fans as well!

What was your impression of Jinjin’s life story as he continues to fulfill his goals? Are you a fan of ASTRO and this talented member? Tell us your thoughts in the comments below!