Every year, we look forward to SMTOWN‘s annual Halloween bash. The fun night gives us some of the greatest pictures around of Kpop idols in costume. But SM artists aren’t the only ones that love to have fun on Halloween! From newer groups like GOT7 to legendary groups such as Epik High, check out these ten times that Kpop stars totally rocked their outfits for Halloween!

The SHINee and f(x) stars totally committed to their outfits, going the full mile with hair, makeup and costumes. Key dressed up as the iconic character Edward Scissorhands, while Luna dressed up as a character from the movie “Avatar.” Don’t they look amazing? We loved seeing the entire group of GOT7 members dressed up as the Avengers! From Captain America to Iron Man, these costumes were totally on point! Who was your favorite GOT7 Avenger? The gorgeous SNSD star went all out for Halloween when she dressed up as Sadness from the movie “Inside Out.” From her hair to her makeup, each detail was perfect! It’s also said she stayed in character the entire night and never once broke form. That’s commitment! Villains united when Epik High donned full gear to become some of the most famous villains from Batman movies. In our opinion, this is one of the most amazing group costumes in Kpop history! What do you think of Tablo as the Joker? 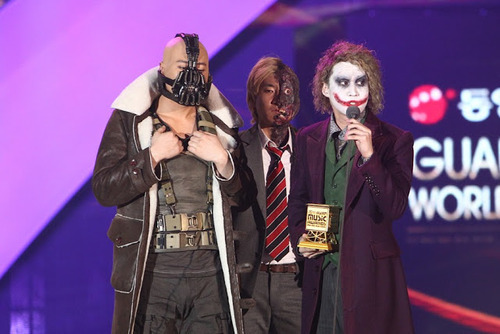 Many times we have seen BTS get together for a totally amazing Bangtan Bomb, and this Halloween special was no less spectacular than normal! From Captain Jack Sparrow to Charlie Chaplin, these Bangtan Boys knew how to totally rock their Halloween costumes.

More SNSD members are on our list, looking sexy and gorgeous as a vamped up version of Mickey and Minnie Mouse. Gone are the innocent cartoon mice from our childhood, these SM artists made the cutest couple around when they donned these outfits. SHINee is well known for their love of dressing up on Halloween! Here, we have four of the members on their way to SM’s famous Halloween party. Not only did they wear these costumes to the party, they also went to their fan meeting like this as well. Freddy Krueger, Marilyn Manson, Picolo, and Naruto never looked so good! Halloween is usually the time when girls feel compelled to dress up as sexy versions of nurses, cats and police officers. So, we love the fact that rookie group Melody Day used the opportunity to dress up as quirky, adorable versions of food. Forgetting their lovely girl group image, they were just having fun with this group concept on Halloween! Whether they dressed up as a pirate, a vampire or Harry Potter, there is no doubt that the members of SEVENTEEN looked totally adorable in their Halloween costumes! The popular boy band donned these costumes for a special event with fans. In your opinion, which of the members looked the best? 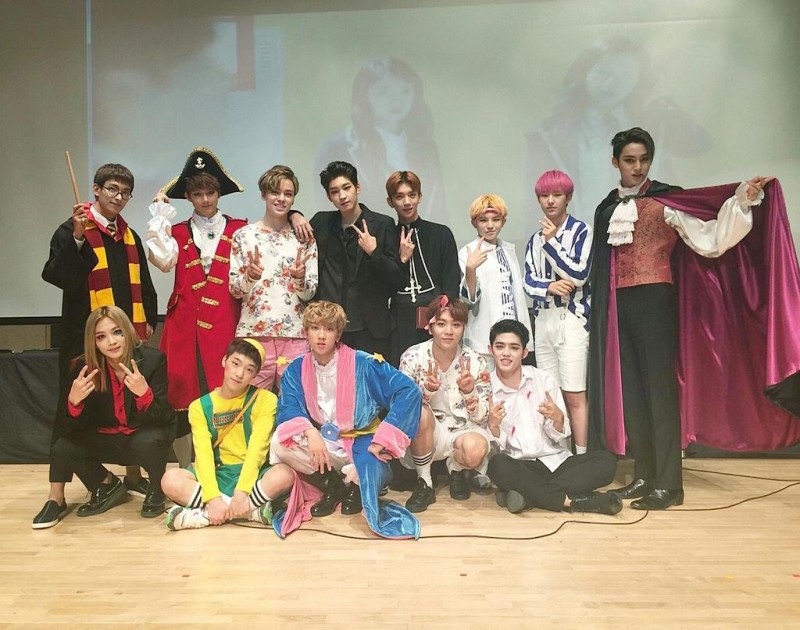 Super Junior has no shame— it’s one of the main reason that fans love and appreciate them! The boys are always fully committed to making fans smile, whether it’s through donning elaborate costumes at concerts or strutting their stuff in cosplay at the airport. In this particular instance, the group dressed up as various characters from anime and action movies. Wolverine, Spiderman, Loki and Thor… Super Junior went all out with these costumes! 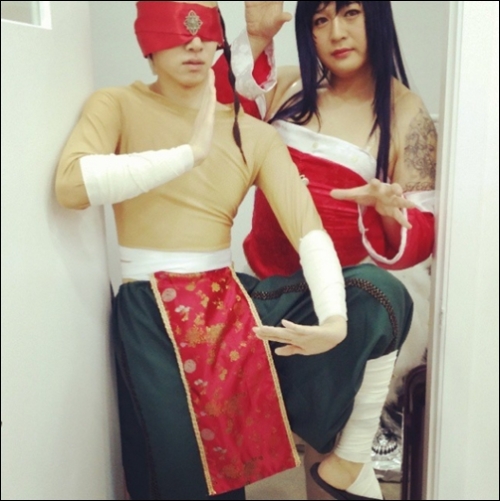 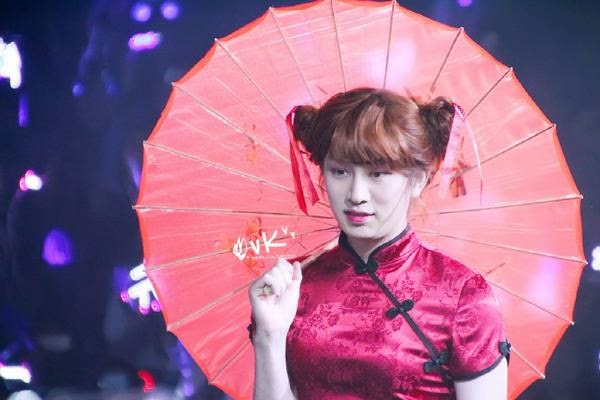 Which of these Kpop stars looked the best in their costumes? Are you excited to see the costumes they will come up with this year? Let us know in the comment section below!