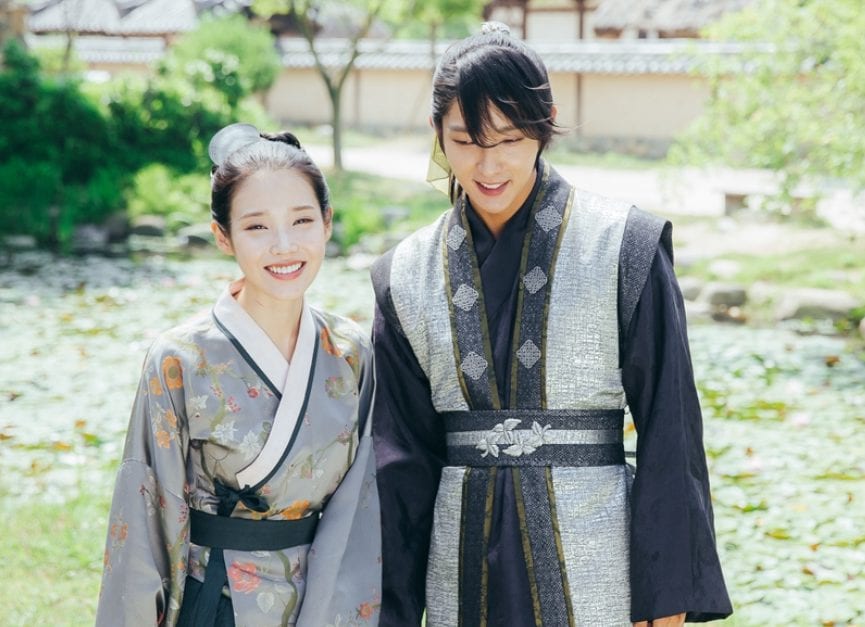 IU has provided another behind-the-scenes glimpse at the fun antics of the cast on the set of “Scarlet Heart: Ryeo.”

On October 29th, the actress of the hit show uploaded a video to her Instagram account. The caption read “A fun summer in the forest #🌙❤️” ( a nod to the series’ full title of “Moon Lovers: Scarlet Heart Ryeo”). Lee Joon Gi, who plays the lead role opposite IU, replied to the video by saying, “Such a cool special effect, right?”

The video shows IU as she films for a close up scene, where she is supposed to be falling backwards in slow motion. However, she can’t control the adorable giggles that break out as she acts out the scene. The video then shows Lee Joon Gi as he pretends to ride a horse for another close up shot, using a hairdryer to blow his hair in the “wind” as he rides the horse. In the next shot, we see IU once more doing her scene, this time with Lee Joon Gi working as a crew member off screen, pointing two small fans at IU for her own wind effect.

This post, among others, has proven that the two leads are getting along very well indeed! In other videos and posts, we have seen the two actors playing and laughing with each other on breaks and during rehearsals. The other cast members as well have all shown themselves to have a great relationship with one another, making many fans wish they could have been on set with all these gorgeous, funny actors.

Check out the video below! Are you enjoying the great chemistry between the two “Scarlet Heart: Ryeo” leads?

Don’t forget to tune in for the series finale this week!