Soon after it was stated that Yongguk would not be participating in the promotions for the group’s upcoming album Noir, Yongguk himself tweeted at roughly 5 pm KST:

“I will try to come back again healthily
As a leader, it’s a pity and I’m sorry that I cannot be together with the members and fans. I hope you show more concern and support for the members.”

Not long after, the rest of the members posted heartfelt messages through various social media outlets, reassuring fans that things would be fine and to continue supporting them and Yongguk.

“BABYs are shocked at the sudden news right? Yongguk-hyung is always undergoing hardships and working hard as the leader of our team. I also want to support Yongguk-hyung so that he can rest and regain his health now. And fans’ support and love will be an even greater help for him to recover faster!!! So let’s all try to support Yongguk-hyung! Everyone please be there together for Yongguk-hyung’s empty spot for this album hehe! Let’s coolly present the album that Yongguk-hyung worked hard in producing and preparing. I’m always thankful and grateful, I love you baby ❤”

“I think you will be very flustered and shocked at the sudden news. I’m worried and don’t feel good that my friend is sick but there are more days in the future where we can promote together, and we will also help out so that he can stand in front of you all in good form soon. And he will be back soon.

“I’m tweeting for all of you who must be very shocked upon hearing the news. Yongguk-hyung is working very hard producing albums, standing on stage and making a better B.A.P with us. As a leader of a team called B.A.P and as a fellow member and as a dongsaeng. Um.. We won’t be able to promote together for this coming album. So we are going to fill Yongguk-hyung’s spot. Of course we are not going to be able to fill it 100%. Even so, I feel that we will be able to make it work no matter what if there are the 5 of us and everyone together. Just like how you all have been with us till now, please be together with us this time too. Thank you for always being a reliable pillar. I love you, our BABYs.”

After a few hours of silence, at around 10pm KST Yongguk’s brother Yongnam posted a message on his Instagram account, alongside a black & white version of the “Who is X?” Noir teaser image:

“It was a day where I couldn’t get my head together with calls and messages from many people. I will write a few things here as I know there are more fans than people whom I know. That friend started promoting as a singer and had depression while having continuous music promotions. And has been having a hard time after overlapping with panic symptoms from this year onwards. So there were discussions with family and the company, and he as well as everyone else thought it was more necessary to take a break and get treatment rather than to work, so it is planned for him to rest and focus fully on getting treatment from now on. I thank everyone in place of him for worrying, and please give your support so that my other family B.A.P can focus on the promotions of the album they made together on November 7th. I will be supporting them too.”

And the last line read, in English: “Everything’s gonna be alright.”

Before a full hour had passed, maknae Zelo posted an image update of himself on Instagram, with a “muscle-arm” emoticon, a popular way to reference “fighting,” or “stay strong.”

The caption read: “Don’t think about anything 🌙,” most likely a message to fans telling them not to worry too much.

Around 11:30 pm KST, member Jongup added his own inspirational message via Twitter:

“Yongguk-hyung will be able to come back quickly if you continue supporting and loving him like now. It’s such a pity that we cannot promote together this time but I want Yongguk-hyung to recover as fast as possible and be able to stand on stage together. Everyone please be a great source of strength so that it can happen👍🏼”

He then updated his profile picture to a more recent one of him smiling comfortingly: 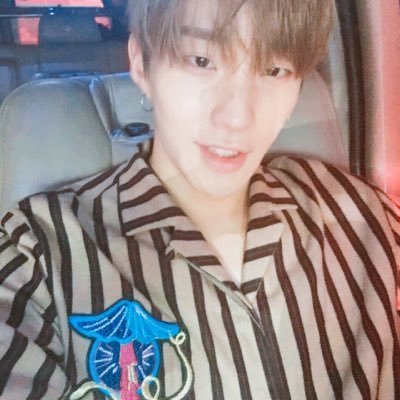 Finally, as the next day began, Zelo tweeted near 7 am KST:

“Yongguk-hyung wanted to stand on stage together more than anyone else, so it’s really a shame and I’m very worried.
But everyone~~ Don’t worry too much.. Hehe!
Because just like now, we are beside Yongguk-hyung and fans are being a source of strength!..!!
Although we cannot promote together for this album~ He will regain his health and come back with a cool image!!”

The continuous updates from B.A.P members and Yongguk’s family have helped ease the nerves of many worried BABYs. Upon hearing about what had happened, fans immediately began tweeting well-wishes to B.A.P’s leader with the hashtag #GetWellSoonYongguk. Once 12 am KST hit for October 26th, fans paired what would usually have been #BABYSelcaDay with smiling pictures and selfies of Yongguk (and possibly themselves), with the loving hashtags #AlwaysWithYongguk and #ForeverWithBAP.

Although Yongguk will not be promoting for Noir, fans should rest assured that he is getting the attention he currently needs, and that he will be back soon, showing his iconic gummy-smile that is so beloved by fans.

What The Kpop wishes Bang Yong Guk a speedy recovery!