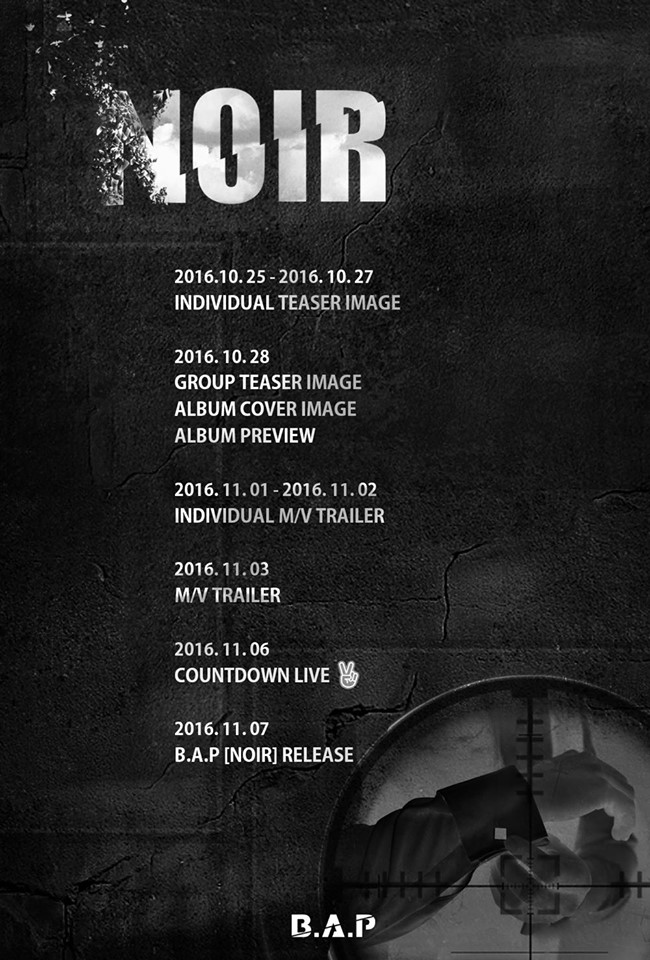 October 25th through October 27th is reserved for the release of individual teaser images. On October 28th, fans will be able to see the group teaser image, as well as the album cover and preview. Individual MV trailers will be released on the 1st and 2nd of November, followed by the MV trailer on the third.

Finally, on October 6th, the countdown to the album release will begin on the Naver V-App, with the official album release on the next day at 12am KST.

Who is looking forward to seeing B.A.P again? Let us know in the comments!