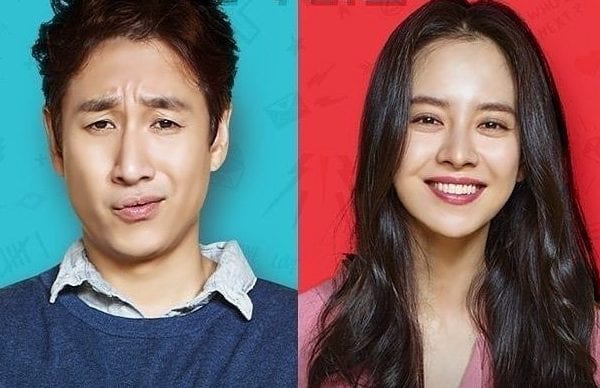 Actor Lee Sun Gyun says he immediately fell for Song Ji Hyo during filming for their new drama “This Week, My Wife Is Having An Affair.”

After hearing so much about the actress, Mr. Lee said he now understands exactly why Song Ji Hyo is so popular. According to the actor, Ms. Song has an amazing character, is so much more beautiful in person and looks so pretty when she smiles. “I fell for her instantly,” the actor gushed.

Mr. Lee even went on to say that he dreads the scenes they will soon have to film where he and his on-screen wife fight and have trouble. He said it makes his heart hurt already just imagining the conflict between their characters.

It sounds like the actor has definitely fallen for Song Ji Hyo’s many charms!

The pair’s new drama will premiere on October 28th on the JTBC network. It tells the story of various men who attempt to fix their marriages when they find out their wives are cheating on them. Watch the teaser for the drama below.

Like Loading...
Tags: drama JTBC Lee Sun Gyun Song Ji Hyo This Week My Wife Is Having An Affair

K-DRAMA REVIEW: Why You Need To Add...