Becoming a Kpop fan is easily the best/most stressful thing that’s happened to me in the past year. I’m constantly learning about new groups, discovering old ones, and crying my way through trying to teach myself Hangul (aren’t we all?). With all the Hallyu overload in my brain, whether it be fashion trends or the Korean way of speaking (Jinyoungie….saranghae!), it was no surprise when I realized that even ordinary words have started reminding me of my Kpop obsession. I’m sure I’m not alone in this one, so here are some English words and phrases that take on a whole new meaning once you become a Kpop fan!

For Kpop fans, Bam Bam doesn’t mean the cute little cartoon baby on The Flinstones. Instead, these two words remind us of Prince Kunpimook himself. Bammie is the second youngest member of the JYP group Got7 (also widely known as Dab7 and Thot7). Like his cartoon counter part, Bam Bam is full of energy and antics, but as he said on ASC, he’s a BIG boy now (see what I did there?!?).

If you’re a Kpop fan, then there’s no explanation needed! This phrase does not refer to a scientific theory or even a TV series named after said theory. Kpoppers hear this and think about the kings themselves. BIGBANG still reigns supreme in the Kpop world and for good reason… THEY’RE SOOOOOO FETCH! (And if you don’t get that reference, we can’t be friends. Sorry!)

ex: YG said Big Bang was gonna release their album sometime last year. Here we are a year later, still waiting for it to make an appearance (yes, I’m salty). 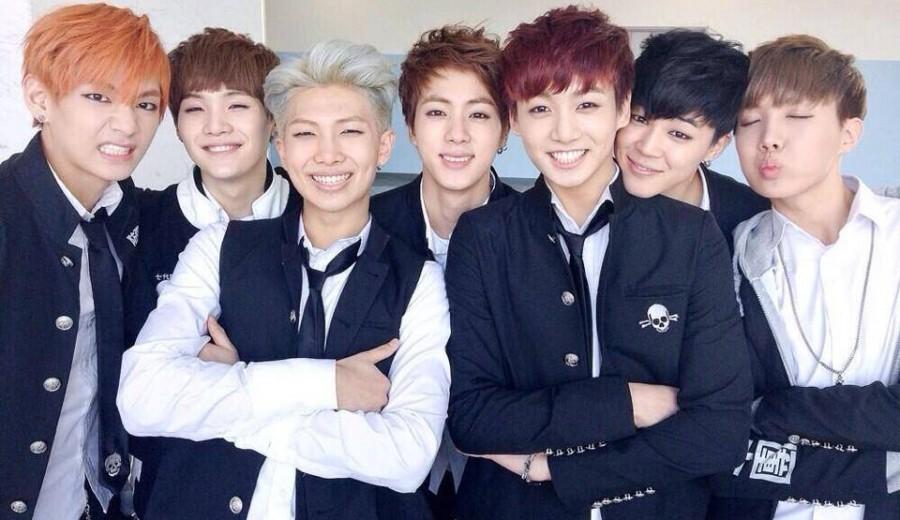 This acronym will never again mean “Behind the Scenes” when I hear it. For us fans around the globe, we know all too well who comes to mind upon hearing or seeing those three letters- The seven bulletproof boys from Big Hit Entertainment who never fail to amaze us! Whether it be their annoyingly cryptic teasers and videos, or their eye popping performances, they know how to leave an impression. When Beyonce tweeted something that had BTS in it, my soul began to leave my body at the mere thought that Queen Bee had discovered Bangtan! However, the sad truth descended upon my heart when I read the rest of the 140 characters which was all about her tour. 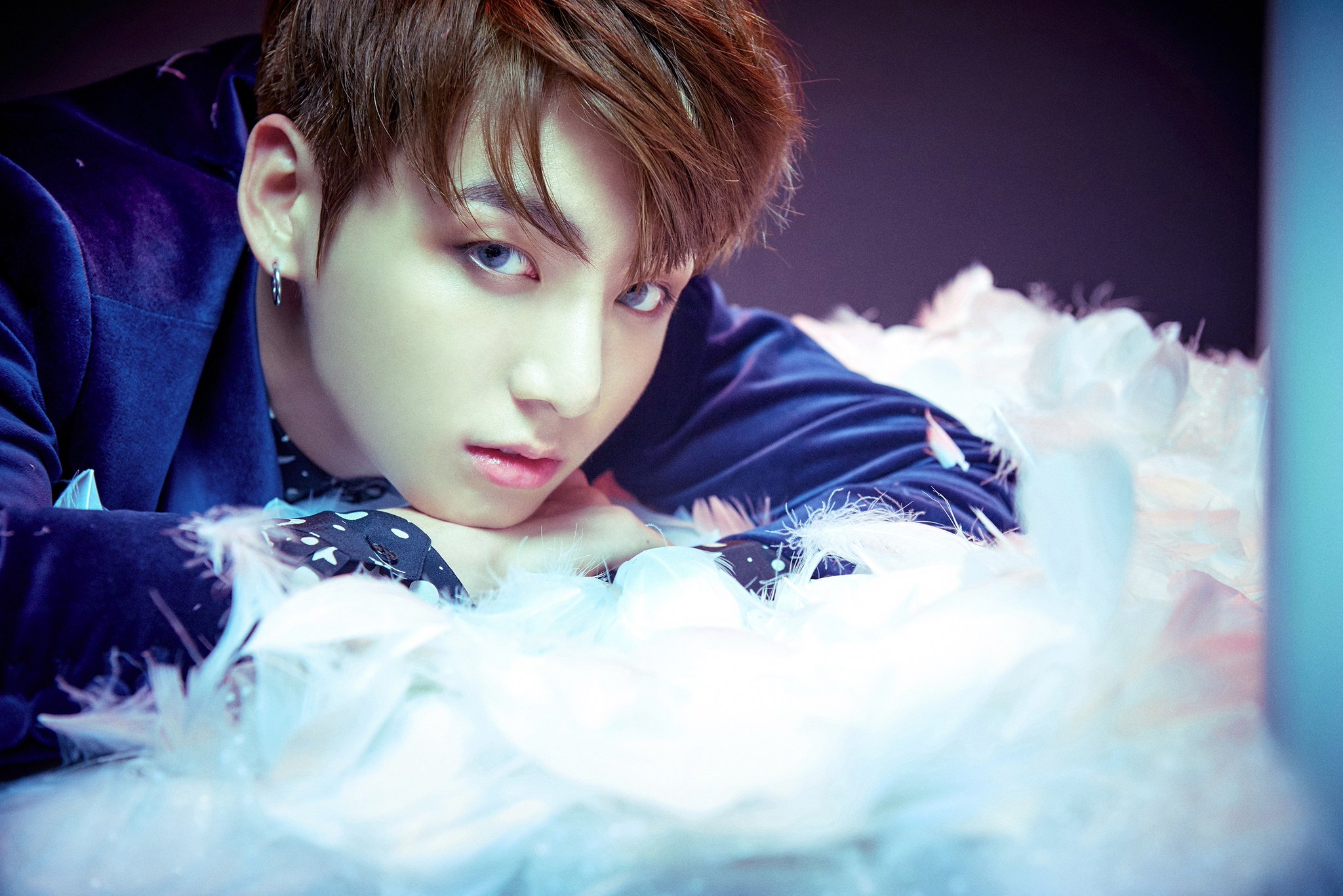 This doesn’t refer to a sweet, bite-sized treat (although I’d personally beg to differ). Instead, it reminds most of us about BTS’s maknae Jungkook aka Kookie. He can be as sweet and soft as his name’s counterpart (or even tough and ridged like the staler version of this treat lol), but there’s nothing undesirable about Jungkook in the least. Unlike the dessert though, he actually gets better with age.

Christmas and pint-sized people aren’t my go-to image when this word comes to mind. Talk of elves remind most of us of Super Junior’s fandom instead. Though someone once said that Heechul would make a perfect little helper for Santa, I think his version of the holiday would be a little more on the crazy side. Sign me up!

Rather than describing a scuffle between opponents, fighting reminds Kpop fans of a reassuring cheer they offer to their idol recipients. It’s the English adaptation of the Korean word 화이팅 (hwaiting), which is used to show support. In the Kpop world (and Korea in general), its meaning is the total opposite of a physical brawl! The term can be heard on most Korean programs at one point or another.

ex: Monsta X, this comeback is amazing! We hope you’ll get your first win this time around…..or else we’re burning all the music shows down. jk We’ll always love and support you! FIGHTING!

This phrase might be a stretch if you’re not a Got7 fan, but it will never mean the same thing for me and my fellow Kpop friends! Instead of referring to a provocative establishment with scantily clad women or even the famous album by Mötley Crüe, this phrase brings to mind images of a super young Got7 (and Jackson’s hip movements if we’re being honest). Who doesn’t remember “Markie Pooh” confidently letting us know that every lady wanted a piece of him (like we needed to be informed of this fact)? Like so many other English phrases in the Kpop world, when I hear this one, I can’t help but sing the rest of the lyrics! 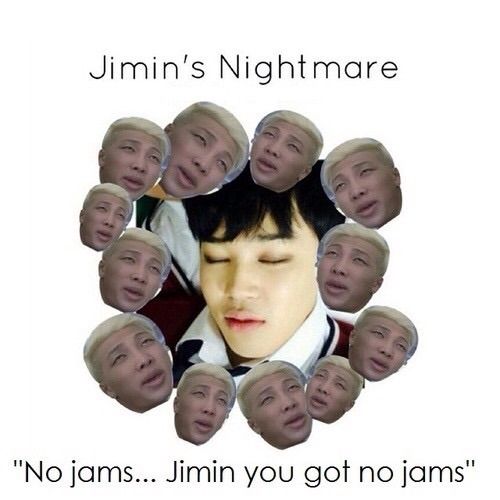 Thanks to a now-infamous Bangtan Bomb episode, this phrase will forever bring out the Kpopper in me when I hear  it. It does not mean the lack of having a fruity condiment, rather to lack something else even more important. . . . FUN! Thanks to BTS’ Rap Monster, we will never look at an empty Smucker’s jar the same again. Though the craze around the phrase has died down a little, the effects are everlasting! And since then, Jimin has proven that he definitely HAS jams!

This one might apply to other fandoms rather than just Kpop fans, but I didn’t hear the terminology until entering the K-world. One could say I really wasn’t trash for anything or anyone until Kpop though, so it’s fitting. Trash does not refer to the gross, unwanted junk that gets picked up every Thursday morning by waste management. Oh no! When someone says they’re trash, my initial thought is, “for who?” Trash refers to being an absolute fan of an artist or celebrity. You know all their singles, have their physical albums, and you’re equipped with thousands of facts and comebacks to drown haters with if you catch them hating on your idol/idols. Being trash for someone or some group is the ultimate level of being a fan, and with Kpop, there’s no telling what will happen, or even when, to make you become total trash for a group. But one thing’s certain… IT WILL HAPPEN.

So there you have it! I’m sure there are way more words and phrases we could add to the list, so feel free to add them in the comments below! Surely in the years to come, Kpop will creep its way into every aspect of our lives . . . . if it hasn’t already. The best part is, we welcome it! Everyone needs a little taste of it in their lives! If you feel the same, make sure to share this and other What The Kpop articles with your friends!

LizzySKpop is a WTK writer who stans GOT7 about all things in life (in case you didn’t notice). She even runs a GOT7 fansite. She also enjoys the music of BTS, BIGBANG and many more. Although she is pretty new to the Kpop world, she is already a hardcore fan and finds more groups every day to love. No matter what though, she will always love GOT7 the most and constantly relives the moment when she was able to see them up close and personal at a hi-touch event. She is proud aunt that has spread the love of Kpop to her nieces as well.