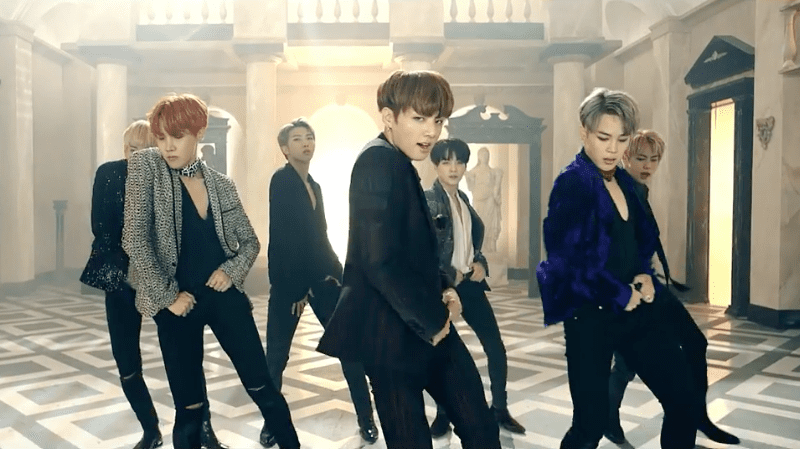 On October 10th at midnight KST, the mega-popular boy group dropped their second, full studio-album “Wings.” The album includes a total of 15 tracks, including solo songs by each member. One of the tracks is also the highly anticipated song “BTS Cypher 4.”

The lead track “Blood, Sweat & Tears” features an artistic, dream-like music video. It is based off the 1919 novel “Demian: The Story of Emil Sinclair’s Youth” written by Hermann Hesse. According to Wikipedia, the book is about Emil’s “struggle between two worlds: the show world of illusion and the real world, the world of spiritual truth.” This plot is evident as Jin, the main character of the music video, is drawn between a haunting, dream-like world and the real world where we see the members perusing items in a museum.

The beautiful MV follows the recent trend of tackling artistic, deep concepts, leaving fans to theorize about the true meaning of each video and story. Undoubtedly, this is a video which will have Kpop fans talking for quite some time.

Meanwhile, BTS’ album has achieved all-kill status, with “Wings” reaching number 1 on all Korean charts within just a few hours of it’s release. In addition, every single one of the 15 tracks from the album took the Top 15 spots on the Melon, Mnet, Naver, and Genie charts. What an accomplishment!

We congratulate BTS on their amazing album release!

Check out the music video below! What did you think of the concept and story?