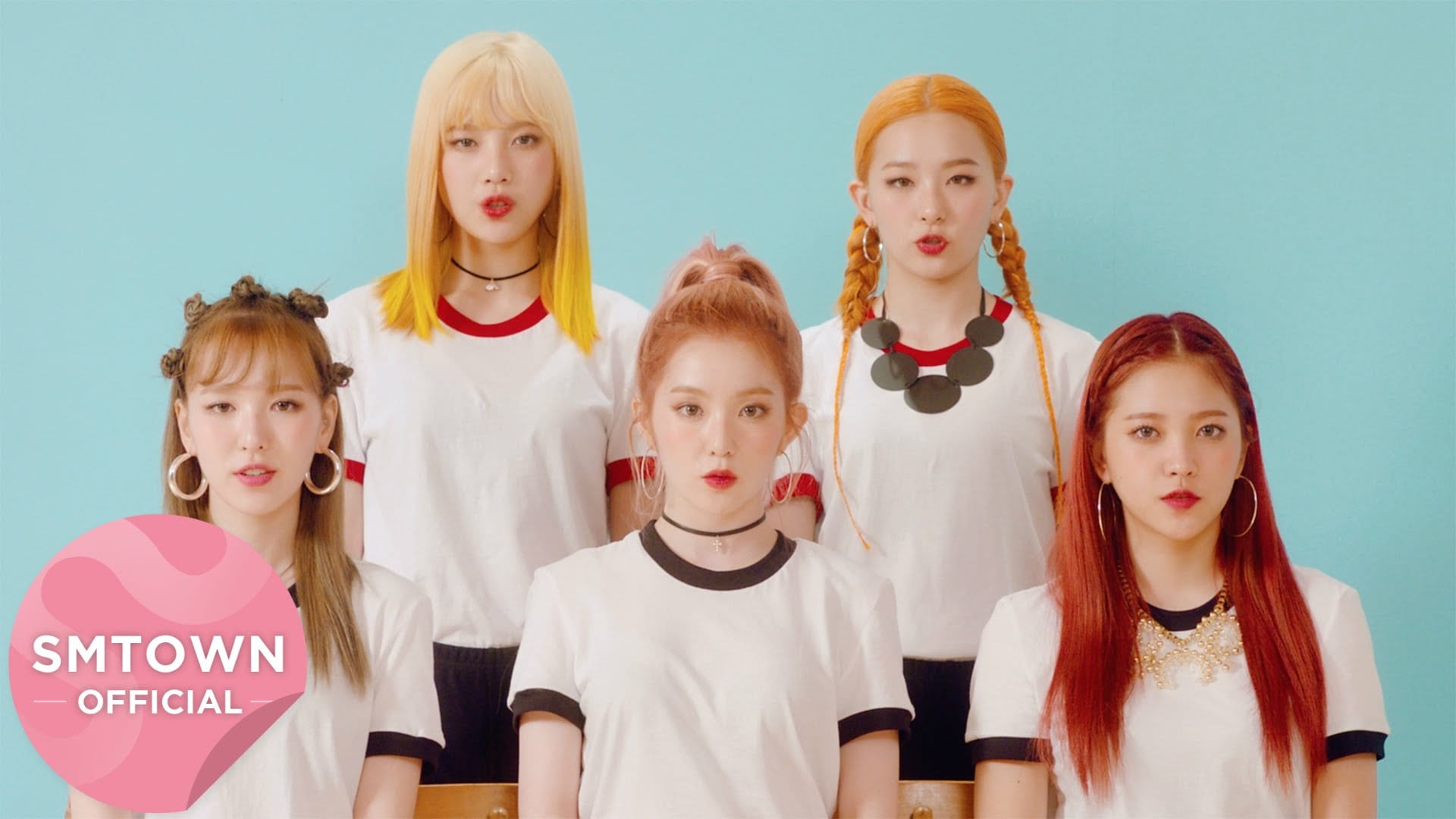 The track features a heavy electropop sound with bright influences reminiscent of SMTOWN’s other recent releases for SHINee (“Odd”) and Luna (“Free Somebody”). With these releases, SM has shown that they are experimenting with a sound not normally found in Kpop. The mixture is truly genre-less, with influences from R&B, house, synthopop and funk.

The same can definitely be said of Red Velvet’s newest title track, with the bright, funky sound unlike any of their previous releases and a far cry from their last comeback with focused on smoother, more ballad-like vocals.

The MV for “Russian Roulette” is also something new for the girl group. While the song features typically bright, bubblegum pop looking costumes and colors, with a deeper look, you will find that there is a darker mischief afoot. Stone-faced and void of emotion, the members are spotted wreaking havoc and leading each member to their doom, one at a time.

The visual concept for the girls is also very different than anything they have tried in the past before, which each member sporting new hair colors and styles.

The mini-album has six other tracks which feature a bright, electropop sound. Are you excited Red Velvet finally made their comeback? What do you think of their newest MV? Let us know in the comment section below!